Logan Paul has been slammed after posting a video showing a suicide victim’s dead body. 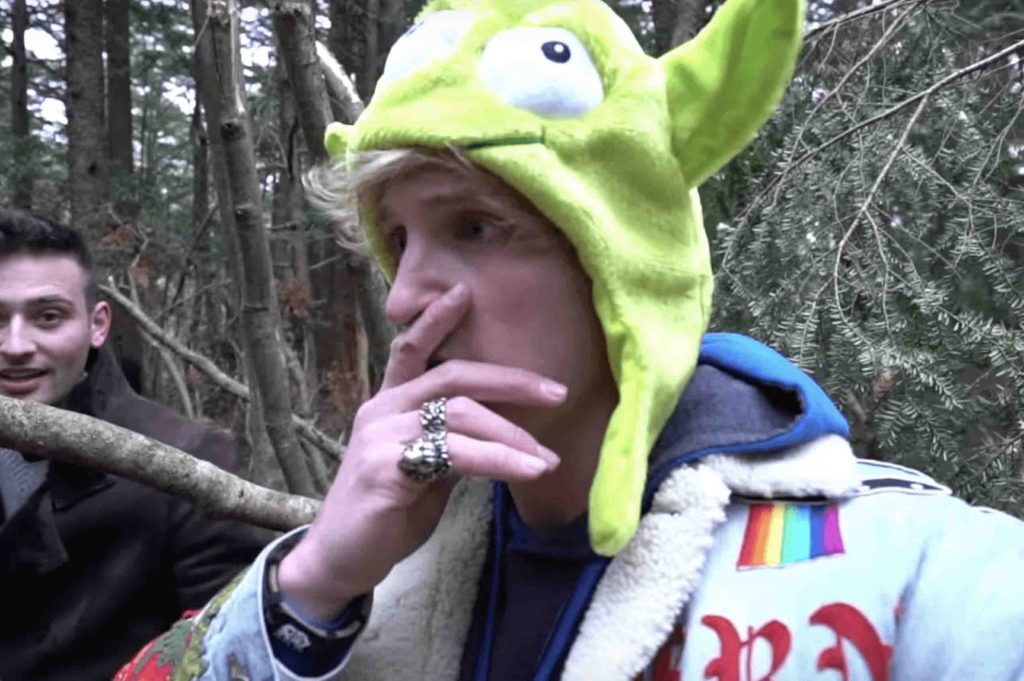 American YouTube star, Logan Paul has been forced to apologise after he showed the body of an apparent suicide victim in Japan during a YouTube video.

In the YouTube video titled “We found a dead body in the Japanese suicide forest” (published 31 December), Logan is with friends in Japan’s Aokigahara forest (known as Japan’s Suicide Forest) – During the video the group discover a body of a man hanging.

In the video, which has now been deleted, the YouTuber could be heard saying: “I hate to say this, but I think there’s someone hanging right there, I’m not even f***ing kidding,

The video showed close-ups of the body, blurring out the face. Logan then calls out the corpse: “Yo, are you alive?”

Later in the video the 22-year-old tells a friend to call the police, and rescue services appear at a nearby car park to the forest.

The YouTuber is now facing a wave of criticism online, and has posted an apology on Twitter: “Let’s start with this—I’m sorry,

“This is a first for me. I’ve never faced criticism like this before, because I’ve never made a mistake like this before. I’m surrounded by good people and believe I make good decisions, but I’m still a human being. I can be wrong.”

“I didn’t do it for views. I get views. I did it because I thought I could make a positive ripple on the Internet, not cause a monsoon of negativity. That’s never the intention. I intended to raise awareness for suicide and suicide prevention and while I thought “if this video saves just ONE life, it’ll be worth it,” I was misguided by shock and awe, as portrayed in the video. I still am.

“I do this sh*t every day. I’ve made a 15 minute TV show EVERY SINGLE DAY for a past 460+days. One may understand that it’s easy to get caught up in the moment without fully weighing the possible ramifications.

“I’m often reminded of how big of a reach I truly have and with great power comes great responsibility. For the first time in my life I’m regretful to say I handled that power incorrectly. It won’t happen again.”

Breaking Bad actor Aaron Paul, has said that Logan Paul “disgusts’ him on Twitter: “How dare you! You disgust me. I can’t believe that so many young people look up to you. So sad,”

“Hopefully this latest video woke them up. You are pure trash. Plain and simple. Suicide is not a joke. Go rot in hell.”

How dare you! You disgust me. I can't believe that so many young people look up to you. So sad. Hopefully this latest video woke them up. You are pure trash. Plain and simple. Suicide is not a joke. Go rot in hell.

Game of Thrones actress Sophie Turner said the YouTuber was an “idiot” for “mocking” the deceased: “How dare you! You disgust me. I can’t believe that so many young people look up to you. So sad. Hopefully this latest video woke them up… Suicide is not a joke.”

@LoganPaul You’re an idiot. You’re not raising awareness. You’re mocking. I can’t believe how self-praising your “apology” is. You don’t deserve the success (views) you have. I pray to God you never have to experience anything like that man did.

If you are suffering problems in your personal life and need somebody to talk to, call the Samaritans on 116 123 (www.samaritans.org) Lines are open 24/7.