Dermot O’Leary was confronted by a stage invader at National Television Awards last night in a shocking security fail. 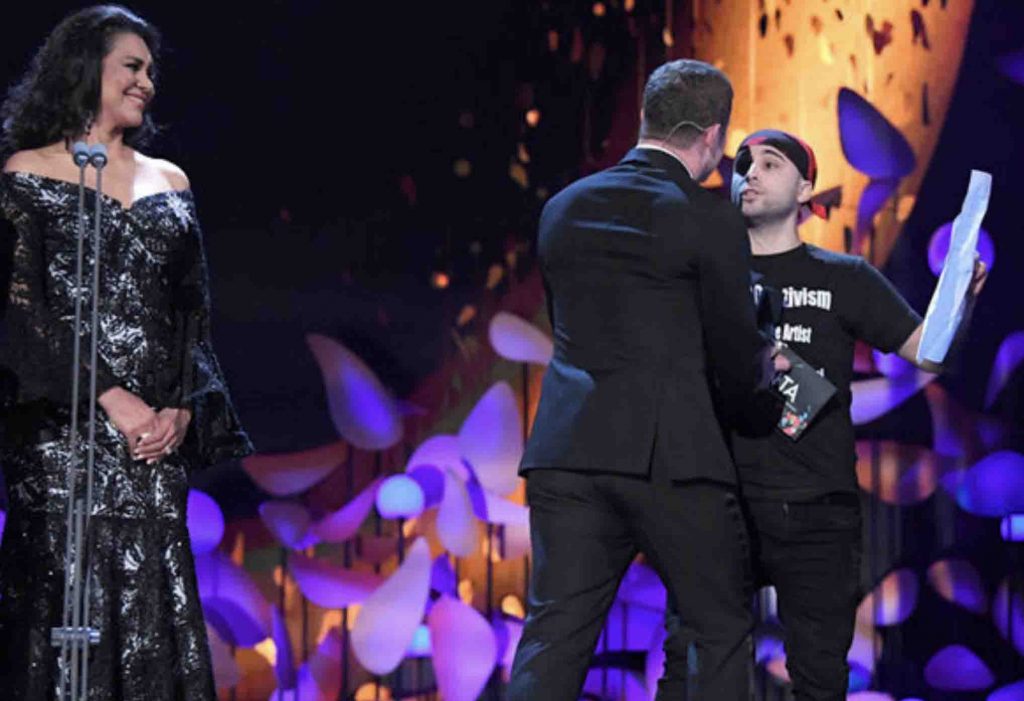 A protester managed to make his way onto the stage at Tuesday evening’s live National Television Awards ceremony.

Dermot O’Leary was forced to step in as security made their way to the stage – The mystery man’s attempt to crash the ceremony wasn’t aired on ITV.

The nominees were being read out at the time for the Bruce Forsyth Entertainment Award, the activist attempted to disrupt the ceremony with a piece of paper and T-shirt saying: “Oppression of ideas is not freedom like UK media thinks.”

Dermot managed to escort the protester off the stage and towards security, who were waiting for him.