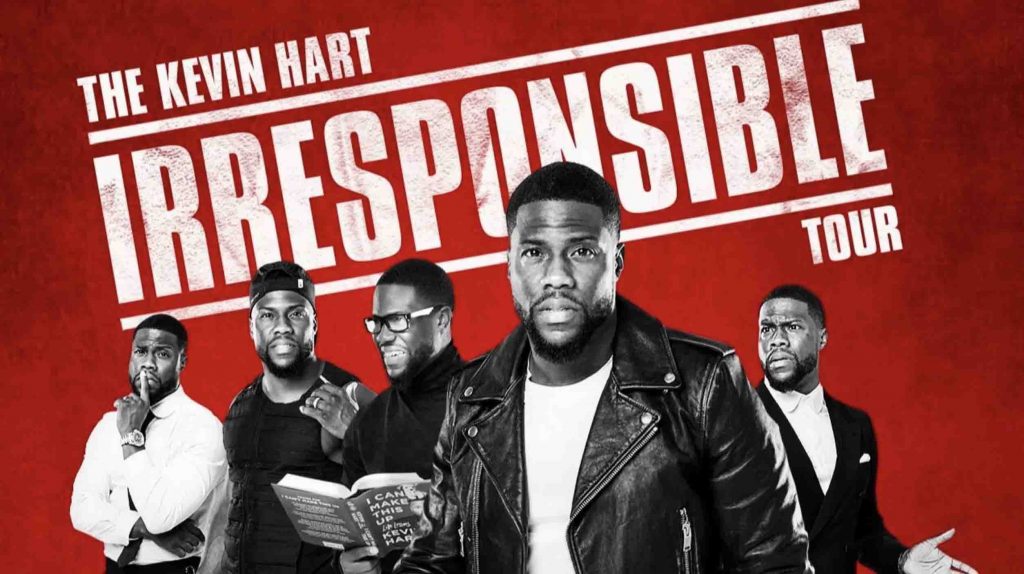 Kevin Hart has today announced that his widely successful and massively hysterical ‘The Kevin Hart Irresponsible Tour,’ will head to the UK August and September this year.

Recently, Kevin appeared in the Sony reboot of the classic film Jumanji alongside Dwayne Johnson and Jack Black.

Jumanji has been Kevin’s highest grossing box office release to date, the movie has made over $800 million worldwide.

Kevin’s first UK date of his ‘Irresponsible Tour’ will launch at Glasgow at the SSE Hydro, before performing four more dates in Birmingham, Manchester and London.

kevin’s last multi-city domestic and international WHAT NOW comedy tour sold out large venues all over the world – He sold out over a dozen arenas in the European market, selling over 150,000 tickets.

Presales for U.K. will start Wednesday, 31st January at 10am.

Tickets will go on sale via LiveNation.co.uk Saturday, 3rd February at 10am.