Following his halftime show, Justin spoke on Jimmy Fallon’s late-night show to discuss his rendition of ‘I Would Die 4 U.’

Justin told Jimmy: “It’s a moment for me, if I’m being quite honest, because he has always been the pinnacle of musicianship for me,

“When we decided that the serendipity and synergy that we would be in Minneapolis and that, you know, he’s such a special thing here — aside from what he is all over the world — I just felt like I wanted to do something for this city and something for him that would just be the ultimate homage to what I consider the GOAT [greatest of all time] of musicians.”

Justin had earlier denied reports that Prince would appear as a hologram – So this was a huge surprise for fans – Although the ‘hologram’ was an image projected on a huge curtain. 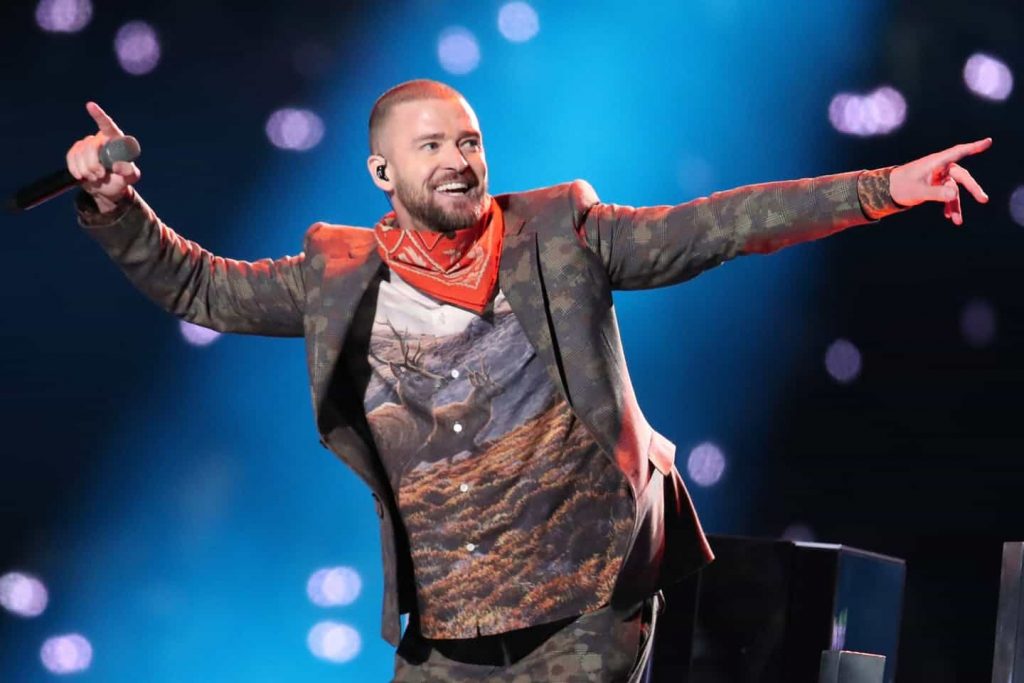 JT had one of the greatest hits set featuring ‘Senorita’ to ‘SexyBack’ – Followed by ‘My Love’ and ‘Cry Me A River’.

He also touched on ‘Suit & Tie’ and ‘Until the End of Time’.

Fans at home also complained of poor sound quality, taking to Twitter to say they could not hear the singers’ words – but could clearly hear his backing singers.

There were rumours that Janet Jackson would join him on stage, but earlier that day she shut down speculation down by tweeting: “To put to rest any speculation or rumours as to whether I will be performing at the Super Bowl tomorrow: I will not.

“Thank you for your support and I do look forward to seeing you all very soon.”