Camila Cabello will headline her first ever solo tour – ‘Never Be The Same Tour’ will head to the UK in June. 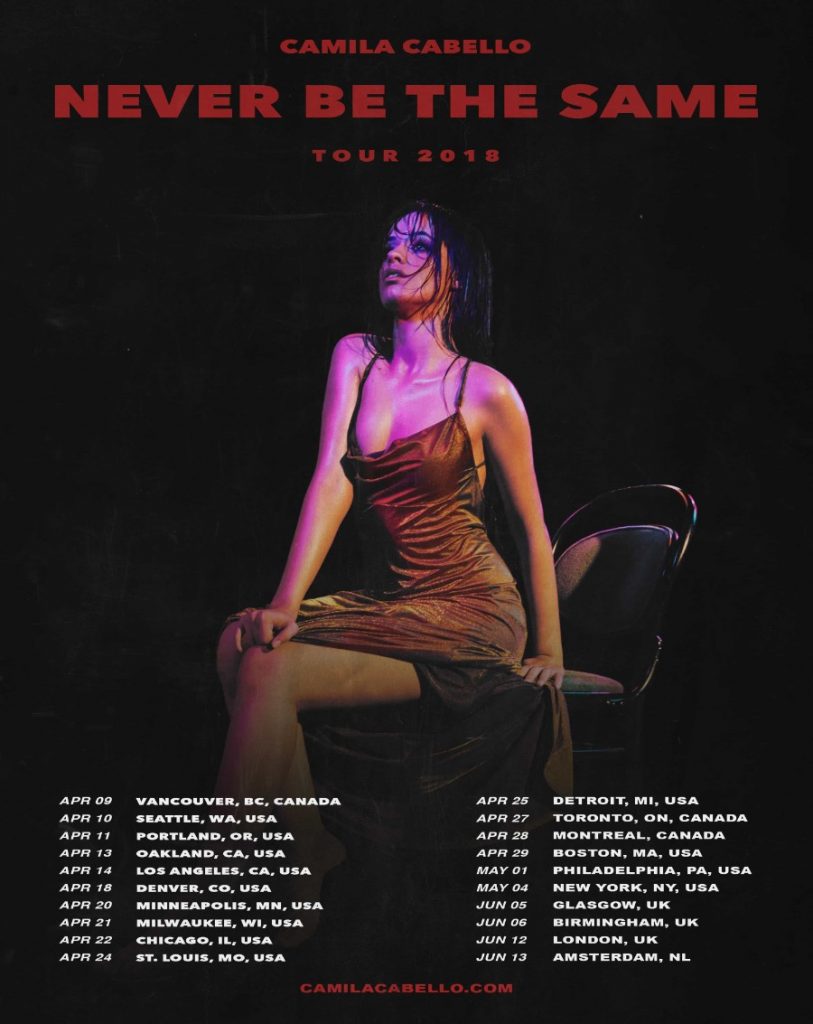 Multi-platinum and chart-topping singer/songwriter Camila Cabello will hit the road on the “Never Be The Same Tour,” which marks her first ever solo headlining tour.

The multi-city trek will kick off on April 9th in Vancouver, BC, Canada before arriving in the UK on June 5th.

Camila will perform fan favourites including “Havana” and her new hit single “Never Be The Same.”

The tour announcement follows the immediate success of her self-titled full-length debut, Camila, which debuted at #2 in the UK and #1 on the Billboard Top 200.

Upon arrival, it hit #1 on iTunes in 99 countries, shattering the record for “most #1 iTunes peaks for a debut album (male or female).” #1 in nearly every corner of the globe, it dominated the charts in Canada and Mexico where it is already certified Gold, and also in Sweden, Norway, and Netherlands. Moreover, it landed in the Top 3 in Finland, Australia, Ireland, Belgium, and Switzerland.

The tour is scheduled to wrap June 13th in Amsterdam, NL.

Tickets will go on sale to the general public on February 16th at 9am local time on Camila’s official website.

A portion of Camila’s proceeds from sales of VIP packages will be donated to the Children’s Health Fund.