Jennifer Hudson will be joined by Leona Lewis and last year’s winner of The Voice UK Mo Jamil to help mentor. 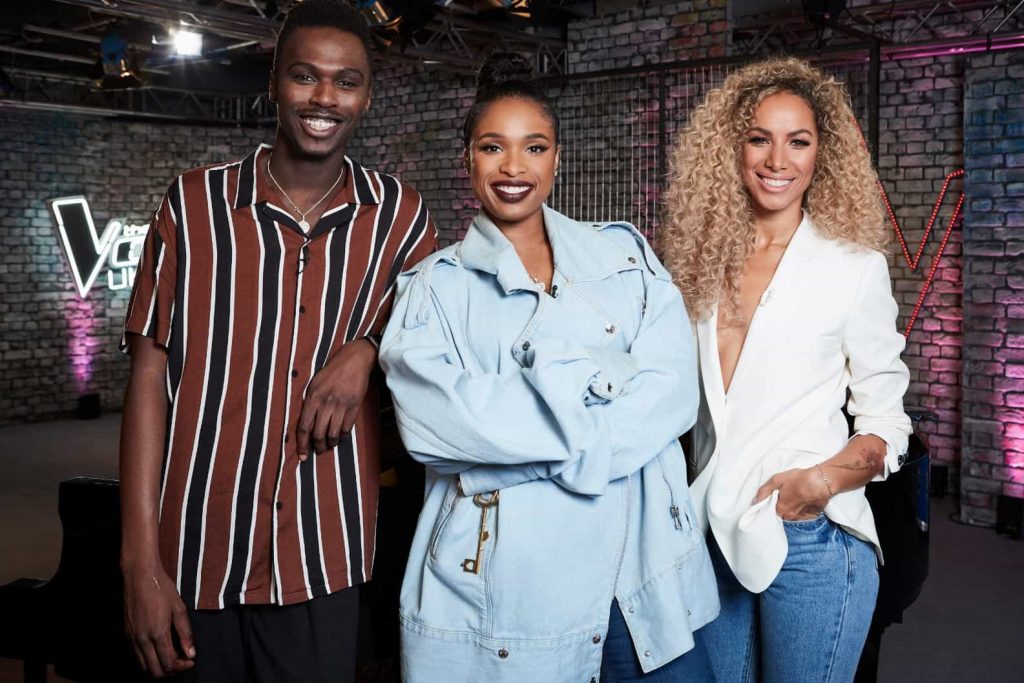 Jennifer Hudson is joined by fellow vocal powerhouse Leona Lewis and last year’s winner of The Voice UK Mo Jamil as her mentors for the crucial Knockouts stage of The Voice UK.

Leona and Mo team up with Jennifer to give advice to Team JHud during piano rehearsals as each act performs the song they’ll take to the stage during the Knockout shows next month.

Leona and Jennifer are good friends and previously recorded a single together, Love is Your Color, which appeared on the Sex and the City 2 soundtrack in 2010.

Leona has sold more than 20 million records worldwide and reached No.1 in more than 35 countries with her smash hit Bleeding Love. She was the first British female solo artist to top the US Billboard 200 album chart in more than 20 years with debut album Spirit.

Leona recently made her Broadway debut in Andrew Lloyd Webber’s Cats and is currently in the iTunes chart with her new single with Calum Scott, You Are The Reason.

Mo won The Voice UK 2017 as part of Team JHud. Both his show-winning song, Unsteady, and his debut EP ‘Globetrotter’ topped the iTunes chart and paved the way for him to work on his debut album, set for release this spring.

Jennifer said: “I’m so excited that Leona is joining me as a mentor on Team JHud!

“I can’t wait to hear what wonderful advice she has for each act. She is incredibly talented and I really trust and respect her opinion.

“I’m also happy to welcome back Mo, who knows first-hand just what it takes to win this show. I think that will be a valuable point of view for the entire team.”

Leona said: “It’s been great meeting all the talented singers and working with Jennifer.  It’s a beautiful thing to play a part in nurturing homegrown talent, to even have a small role in their journey is something very special.”

Mo said: “I’m so excited to be back with my Voice family and Team JHud where it all began!

“I’ve been working hard in the studio for the last 6 months and I hope I can pass on some of the things I’ve learnt whilst making my album to the talented singers on Jennifer’s team. I definitely think she’s got another winner!”