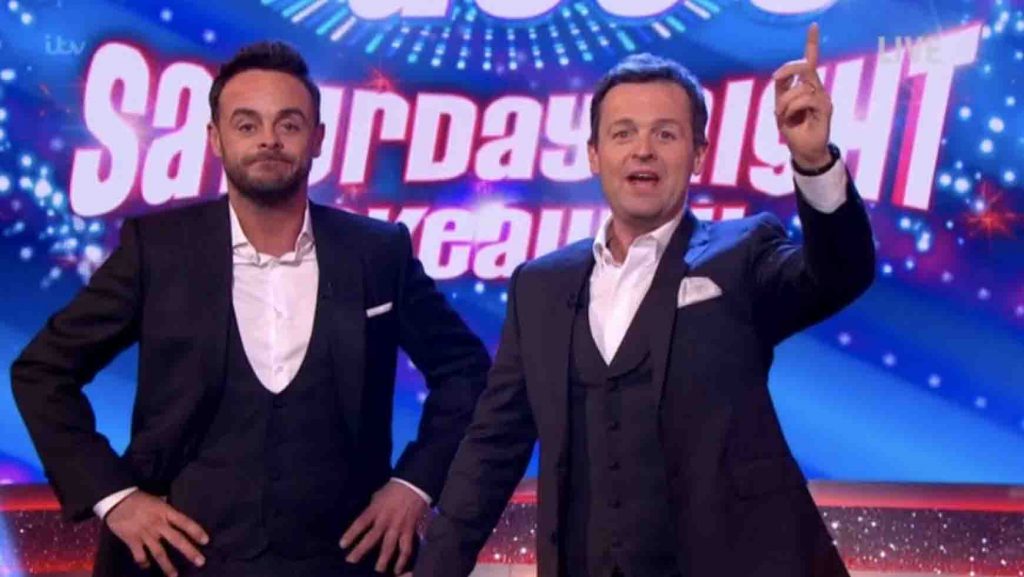 Ant and Dec’s Saturday Night Takeaway will visit Universal Orlando Resort for its biggest end of series finale to date, it was revealed on tonight’s opening show.

The seventh and final show of the current 15th series will be broadcast live from the popular attraction featuring spectacular stunts, star guests and lots of surprises in store.

Over 200 lucky prize winners will be part of the audience, with the race now on to win a place on the plane.

Announcing the news live on the show, Ant and Dec revealed: “This year the Saturday Night Takeaway series finale will be coming live from Universal Orlando Resort in Florida.

“It’s going to be incredible. We’re celebrating our series finale with a party you’ll never forget.

They added: “We’re taking over 200 of you to Florida and we’ll be giving away tickets all series long.”

The first set of tickets were then given away as part of the show’s Happiest Minute of the Week.