Ant McPartlin was seen wincing after crashing a monster truck during a Saturday Night Takeaway challenge. 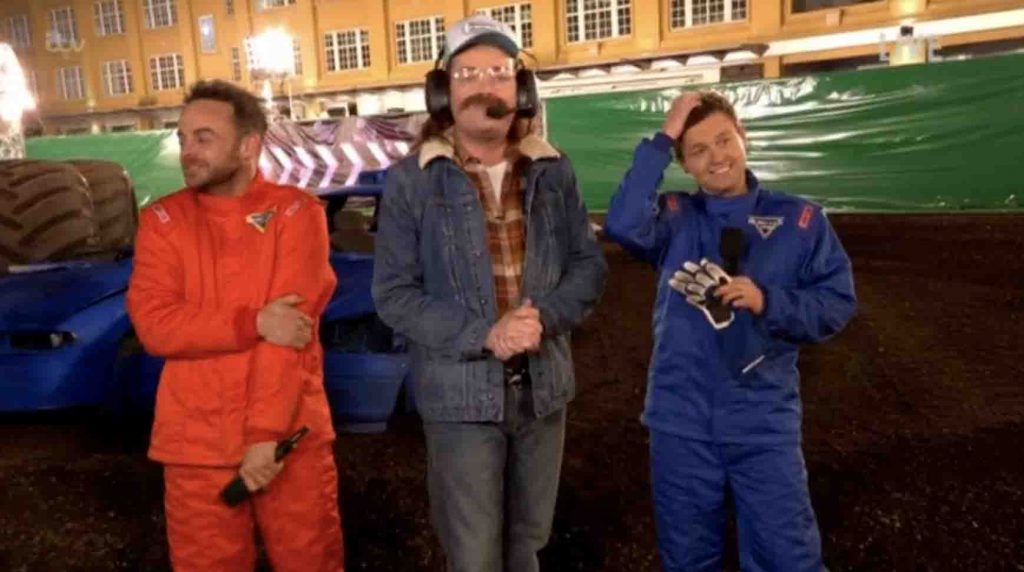 Ant and Dec’s Saturday Night Takeaway returned for a new series on ITV.

For the first Ant Vs Dec challenge of the series the duo were challenged with racing around a track in monster trucks in the fastest time.

During Ant’s round he surged over a ramp at the end of his final lap but didn’t clear two stationary cars and unfortunately crashed into them.

Ant was seen holding his arm as he left the truck – Co-host Stephen Mulhern said: “I think he’s hurt his arm by the way he’s holding it.”

Ant put on a brave face and responded: “No, it’s alright, it’s fine” although his body language didn’t agree with what he was saying.

Hope Ant's arm is ok from the monster truck! So concerned once he starting holding it 🙈 #SaturdayNightTakeaway

Ant was crowned the winner of the challenge, scoring a time of 31.3 seconds – Dec managed a lap of 43.6 seconds.

In happier news, Ant & Dec’s Saturday Night Takeaway will visit Universal Orlando Resort for its biggest end of series finale to date, it was revealed on tonight’s opening show.