Fans have speculated that the current series of Ant and Dec’s Saturday Night Takeaway will be the last, but the show will certainly return next year. 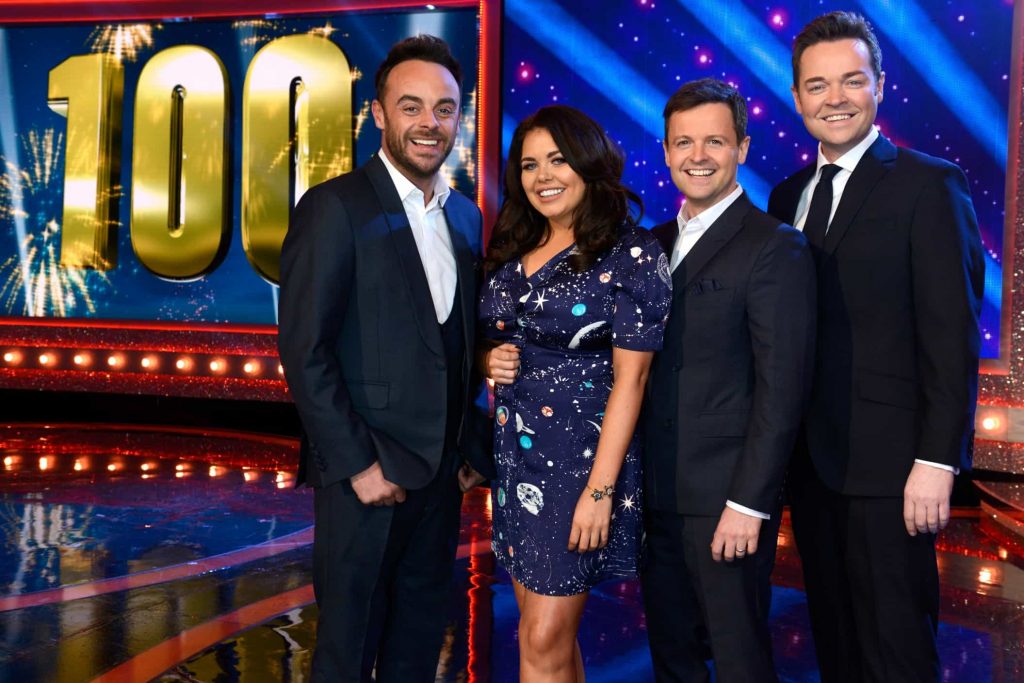 The Geordie duo celebrated the 100th edition of their award-winning programme tonight on ITV.

Ant and Dec’s latest mystery spoof sketch got under way. Oscar-winning actor Cuba Gooding Jr was this week’s guest announcer, and Michael Ball and Alfie Boe helped out with the End of the Show Show.

During the show Ant and Dec thanked the Saturday Night Takeaway crew for all their help during the last fifteen series and said they’re sad to say ‘Goodbye’.

Dec said live on the show: “Can we just say a huge ‘thank you’ to our production team, to all of our crew and all the guys here at London Studios,

“This is the last series we’re going to be doing from this building,”

Dec continued: “We’re going to miss this building and all of our crew. So thank you.”

Many fans speculated on Twitter that this series of Takeaway could be the boys last.

@itvtakeaway @antanddec why is it the last series you're making in that building 😲 what's occurring there boys! #SaturdayNightTakeaway

Please tell me this isn't the last series #SaturdayNightTakeaway

In fact, it’ll be the last series of Saturday Night Takeaway at London Studios.

London Studios located on South Bank is set to close as a result of plans to redevelop the broadcaster’s headquarters.

The closure of the studios is set to affect 140 jobs.

ITV’s chief executive, Adam Crozier, revealed in a leaked email that there were plans to move back to the building once the redevelopment has been finished but there would not be a place for the studio.

This means that next year’s series of Ant and Dec’s Saturday Night Takeaway will be broadcast live from a different ITV studio.

Ant and Dec’s Saturday Night Takeaway continues next weekend on ITV with their 101th episode.