Declan Donnelly has released a statement on Wednesday afternoon to confirm that the last two episodes of Saturday Night Takeaway will continue without Ant. 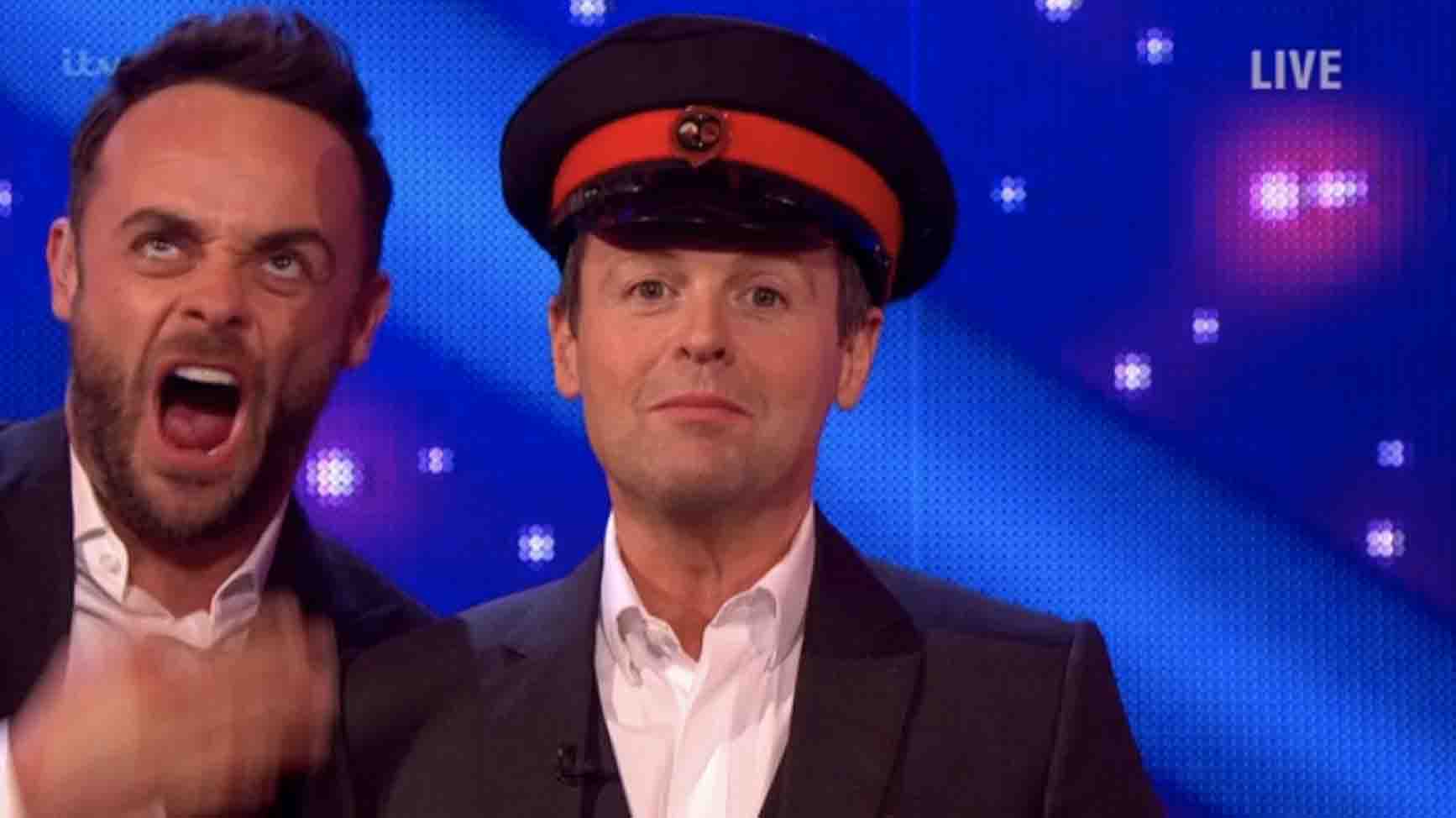 Declan Donnelly has broken his silence following Ant’s arrest earlier this week, and has confirmed the last two shows of Saturday Night Takeaway will continue as they ‘owe it to the audience to complete the series’.

Ant McPartlin was arrested by police on Sunday following a reported ‘drink-driving crash’ that lead to a girl aged 3 visiting hospital.

Following crisis talks with ITV, Saturday Night Takeaway has been cancelled this Saturday (March 24), and Ant is heading back to rehab.

Dec has since released the following statement: “Whilst I never thought i’d be in this position, after much discussion and careful consideration we’ve decided that the remaining two shows of this series of Saturday Night Takeaway will go ahead.

“We made a promise to take hundreds of deserving winners to Florida to watch the series finale, and we will honour that.”

Dec added: “Everyone at ITV and the Takwaway team feels we owe it to the audience to complete the series. Dec x”

The Daily Mirror reports that Ant ‘failed a roadside breathalyser test and was taken away by cops in the back of a police car for questioning’.

One witness has reported that Ant seemed angry following the crash and was ‘shouting at his mum who was also in the car’.