Ant and Dec’s Saturday Night Takeaway: Everything you need to know about the star-studded finale 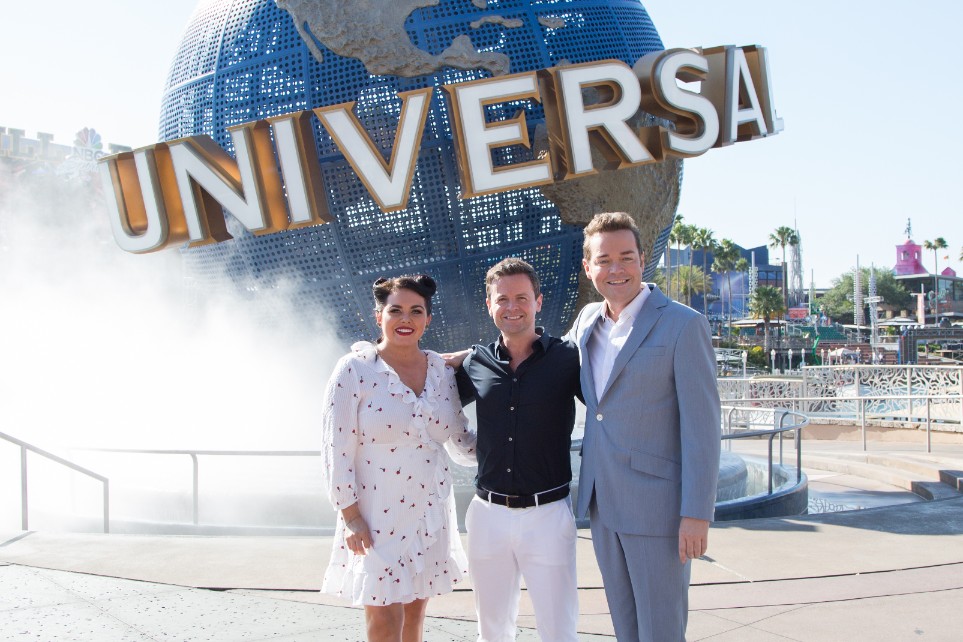 This Saturday, Declan Donnelly presents the finale of the entertainment show live from Universal Orlando Resort in Florida, featuring super-sized audience surprises, incredible stunts and celebrity guests (one of them being Resident DJ Craig David).

Stephen Mulhern takes his pop-up game show ‘In for a Penny’ stateside, and Scarlett Moffatt is on hand to ensure the 200 Place on the Plane winners have an experience they’ll never forget.

The identity of the Overlord is also finally revealed in the conclusion of Saturday Knight Takeaway, and another player gets the chance to Win the Ads.

ITV have confirmed that Jason Derulo will perform the End of the Show Show in the series finale.

Denise Richards will be the guest announcer for this weekend’s final.

The Rembrandts have been confirmed for Singalong Live, where it’s been rumoured Dec will sing the Friends theme song ‘I’ll Be There for You’.

A source this week told The Sun: “Saturday Night Takeaway are determined to make sure the series finishes on a high.

“There are some great personalities joining Dec for the grand finale.”

The insider added: “Next week’s episode is on track to be even more amazing than last year’s send off at Disney World, even with just Dec at the helm.”