Britain’s Got Talent judges talk about the moment Hollie, a victim of the Manchester bombing, auditioned for the show

Simon Cowell and Alesha Dixon have spoken about Hollie Booth, a victim in the Manchester terror attack last year, who auditioned for Britain’s Got Talent. 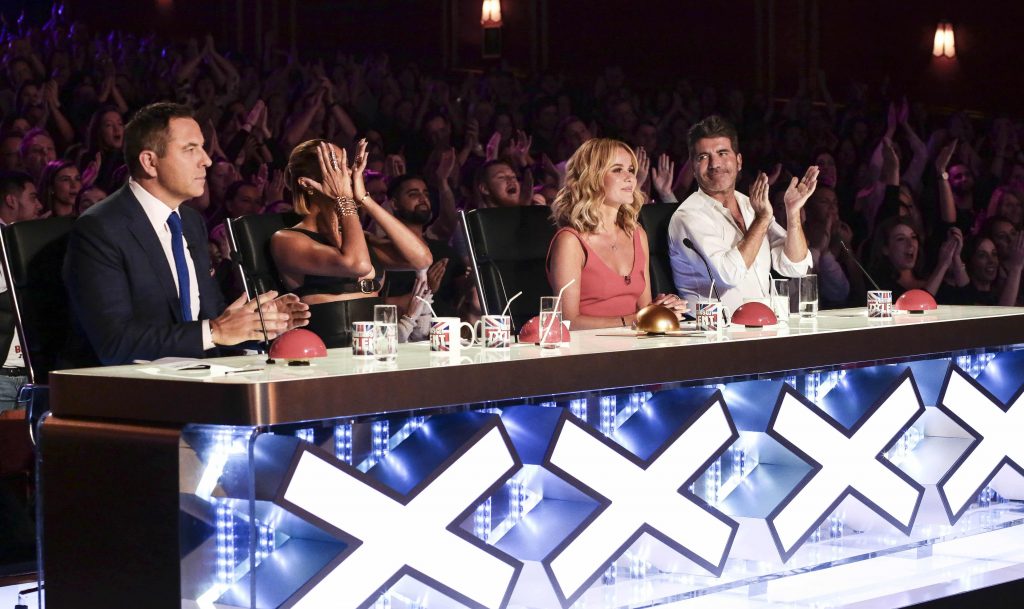 This spring sees the return of the nation’s favourite variety talent show, Britain’s Got Talent, celebrating 12 years on our screens. And with no shortage of variety or talent, the judging panel have been surprised, charmed and moved to tears by a whole host of acts whilst looking for 2018’s winning performance.

Simon Cowell, Amanda Holden, Alesha Dixon and David Walliams return once again to their rightful thrones on the judging panel with Ant and Dec on hand and waiting in the wings to provide support and congratulations to each of the acts performing for the judges, the live audience and viewers at home.

Hollie Booth, 13, was a victim in the Manchester terror attack last year, she auditioned for the Britain’s Got Talent judges – Judges Simon and Alesha have spoken about the ‘magnitude’ of Hollie’s audition.

Alesha said: “I would say that, for me that audition was bigger than the show, that’s the only way to describe the magnitude of what she’s been through and the moment of her performing on the show. It felt bigger than us. It was one of those moments where everyone is humbled. Everybody kind of gets lost in the reality of how cruel the world can be.

She continued: “It was an interesting audition because on one hand your heart is bleeding and you feel so sad, but by the end of the audition you’re completely uplifted because you’re watching this young girl do the most inspiring routine in such a beautiful way, that you then just felt this joy. I’d never experienced anything quite like it actually. I was trying so hard, obviously we were moved to tears, but I tried to keep it together, by the end we were smiling and happy crying. I’ve never experienced that on the show.

“I turned to Amanda and said, ‘This is bigger than us, this is a real moment where you are so proud to be a part of the show’. The show has given them the most incredible platform to remind us all how precious life is and to not take any of it for granted. She was magnificent.”

Britain’s Got Talent boss, Simon Cowell said: “God only knows how she dealt with that at her age, the affect it must still have. The fact that she got together with a bunch of friends and did something, more than just an act, it was a statement.

“It showed that the cowards can’t win and that she overcame it.

He added: “I thought it was respectful, it was one of those moments I will never, ever forget. To come back in front of a theatre, and think about that for a moment after everything she’s been through – and in Manchester – you just have to go, ‘Respect’. I saw the friendship and their bond. I was so happy that they trusted us enough to come on our show. It was a good thing.”