A stage invader grabbed the microphone from SuRie during her Eurovision performance for the United Kingdom. 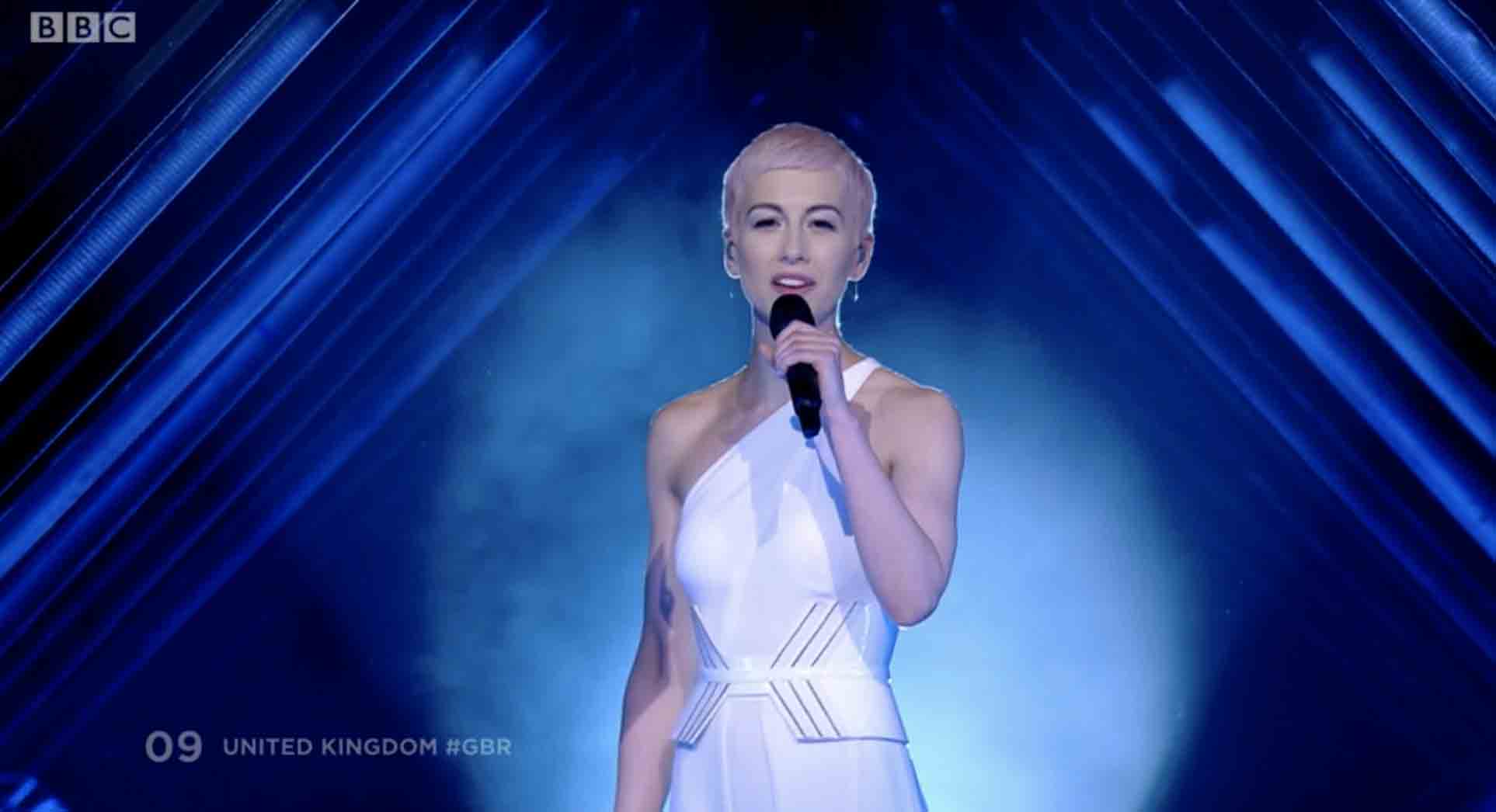 In a shocking turn of events for the United Kingdom during tonight’s Eurovision grand finale, SuRie had her performance rudely interrupted.

As SuRie began to sing the second chorus of her song ‘Storm’, a stage invader burst on stage and interrupted.

The stage invader is thought to have said, according to BBC’s live blog: “For the Nazis of the UK media, we demand freedom.”

The invader was tackled by security and escorted off stage. SuRie was without a mic for 20 seconds before she was given a replacement.

Graham Norton said: “She was doing a brilliant job anyway, we’re not sure what is going to happen,

He added: “Whether will get an opportunity to perform again, I just don’t know.”

Just to confirm SuRie is ok. More news when we get it. #Eurovision

The EBU (European Broadcasting Union) has confirmed that SuRie was given the chance to perform again later tonight, but sadly SuRie has denied the offer.

The official statement released read: “SuRie was offered the option to perform again by the EBU. SuRie and her team are extremely proud of her performance and have together decided that there is absolutely no reason to perform the song again.”

Folks, this is the latest on the SuRie situation. “SuRie was offered the option to perform again by the EBU. SuRie and her team are extremely proud of her performance and have together decided that there is absolutely no reason to perform the song again.”

A statement from the EBU: pic.twitter.com/qiH1Df0MgW

Graham Norton returned to the commentary box to cover all the action from tonight’s Grand Final, live from the Altice Arena in Lisbon, following Portugal’s triumph last year.

Salvador Sobral ended his nation’s 53-year wait for a victory – or even a top-five finish – in Kiev with his song Amar pelos dois, finishing above Bulgaria and Moldova.

Singer-songwriter SuRie is flying the flag for the United Kingdom this evening with her entry Storm, which the country is hoping will become the sixth winning song from the UK and the first since Katrina and the Waves’ Love Shine a Light way back in 1997. Subsequent programmes subject to change.