Tinea Taylor is set to join Becca Dudley as Digital Host on The X Factor 2018. 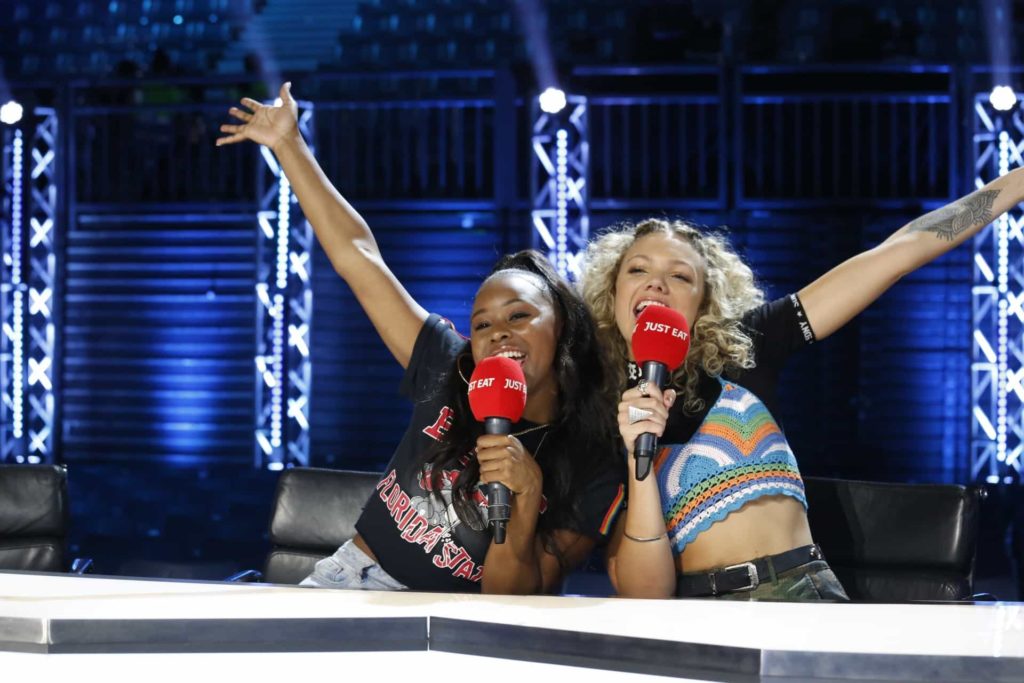 Becca will be joined by brand new host Tinea Taylor, who will be bringing the backstage gossip from The X Factor auditions and catching up with this year’s contestants.

Tinea is a DJ on Kiss FM UK and KissFresh. In 2016, Tinea joined MTV, hosting the weekly digital news and alongside this, can be seen presenting shows such as MTV’s Pop Royalty King & Queen, MTV’s Greatest Video of the Century and #Winning 2017.

Tinea started her presenting career with online pop culture magazine, DropoutUK, and has since presented for BBC Three’s Free Speech, as well as events and festivals such as Wireless, V Festival, Sundown Festival, the MOBO Awards, and MTV EMAs. As a DJ, who plays in Ibiza, Marbella and Mallorca every summer, Tinea has featured in fashion campaigns for brands such as ASOS x Puma, Dr Martens and Accessorize. Most recently Tinea presented the backstage live stream from Isle of MTV 2018 in Malta, interviewing countless celebrities and DJ’ing in front of 20,000 people on the main stage.

Tinea said: “I’m so happy to be joining the Just Eat’s Xtra Bites. I was a massive fan last year and I think this year is going to be even better.

“I’m such a chatty person so I can’t wait to get stuck in and meet all the contestants and bring even more fun to the show!”

Becca is returning to Just Eat’s Xtra Bites after presenting the digital show in 2017. Becca has been hosting MTV UK programming since 2012 and presents multiple shows across the network, as well as covering worldwide music events with World Stage from Brazil to Belgium.

Becca Dudley said: “I’m so excited about hosting the new series of Just Eat’s Xtra Bites! I had so much fun last year and got fully stuck in – from the auditions to the live shows; there’s never a dull moment.

“So, I’m over the moon to be back again, I’ll be bringing you all the best content; from interviews with contestants to exclusive scoops from the main show. With three new judges this year too, it’s gonna to be the best year yet!”