Robbie Williams has sat down before the new series of The X Factor launches on ITV to answer a few questions. 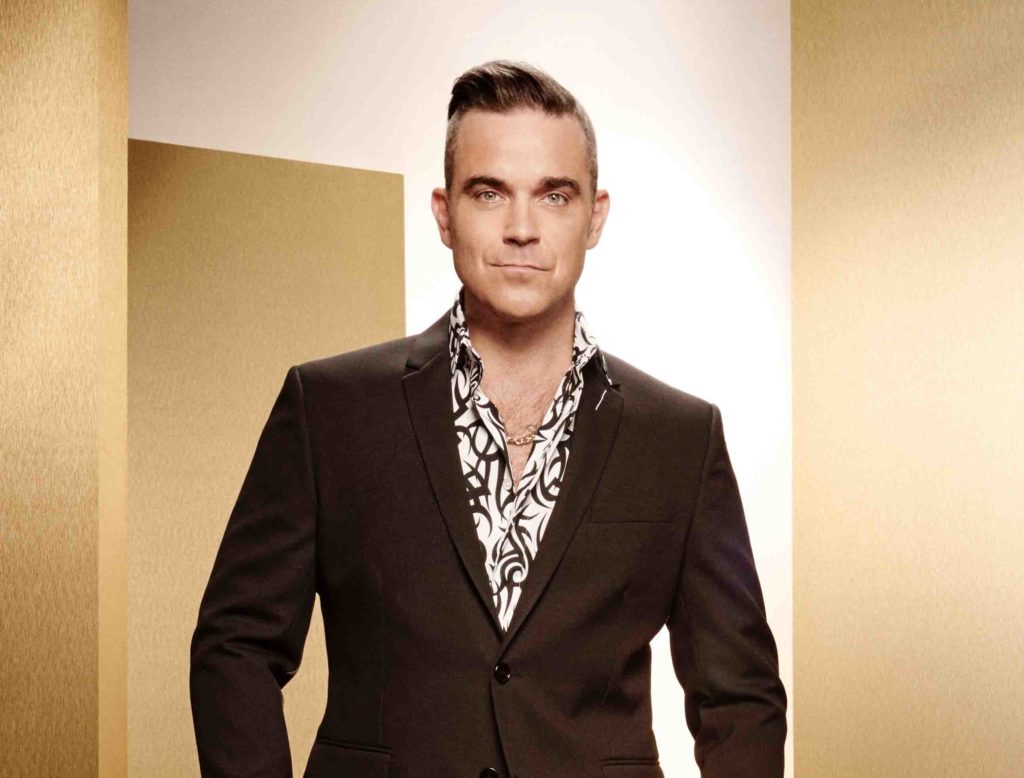 Robbie is a global superstar who has won 18 BRIT Awards – more than any other artist in history – and has sold more than 75 million records during his solo career.

Robbie has been playing to sold out stadiums across the world over the past 18 months on his The Heavy Entertainment Show Tour which has seen him perform to more than 1.25 million fans across the UK, Europe and Australasia. He released the platinum-selling The Heavy Entertainment Show album in November 2016 which debuted at No.1 on the Official UK album chart, giving him his 12th No.1 solo album.

Ahead of the new series, Robbie sat down to answer some questions about the show.

How does it feel to be an X Factor judge after years of watching it from the comfort of your sofa at home?

Robbie: “It’s the most fun I’ve ever had in showbusiness hands down, full stop. I just can’t believe I’ve never done it before. In a weird way the pressure is off. When you appear on TV shows like The X Factor doing promotion you’re being judged. 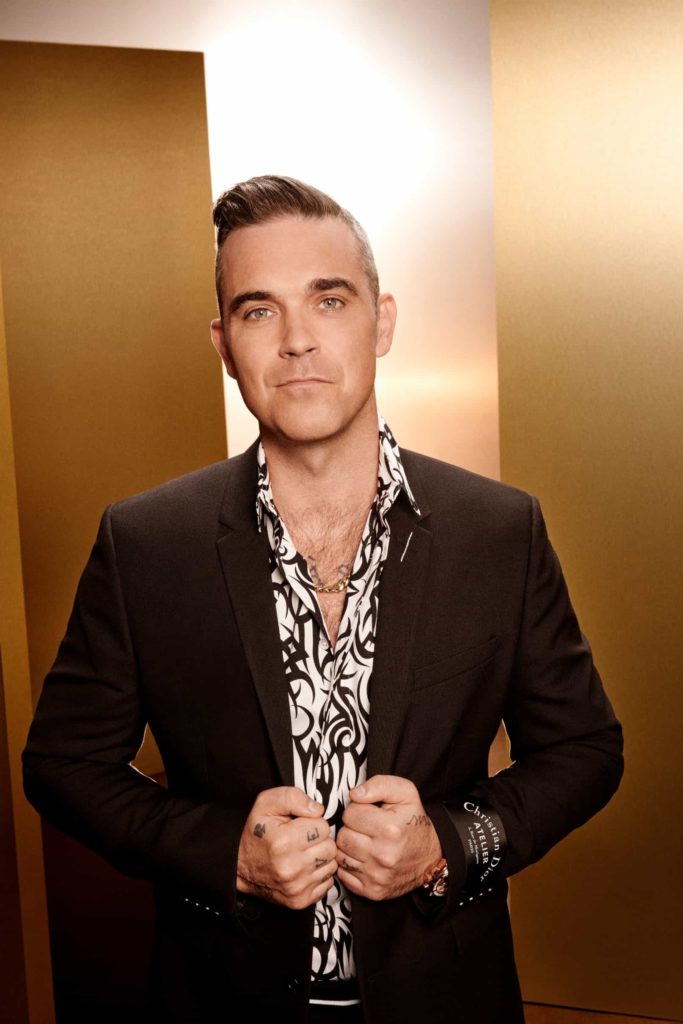 “Now we’re doing the judging. I feel like I’ve found a new lease of life, I love working with my wife and it’s just fun. It’s brought a whole lot of fun back to my job.”

What do you think you bring to the panel this year?

Robbie: “It’s a difficult question to answer because we are the panel. I think it’s an answer people can only give if they are on the outside of it. Also, it feels like we’ve only been here five minutes, I haven’t seen us on camera yet.

“I don’t know how it works on TV but I do feel that instantly the chemistry was great between us. What do we bring that the old judges didn’t? I don’t know but I’m sure Twitter will tell us!”

You said during auditions that telling people “no” was easy when you watched the show on the TV, how does it feel now you’re on the panel and looking them in the eye?

Robbie: “The thing is, what I understand now is that we’re auditioning too, this is our job. So, our job and our audition takes preference over anyone who is in front of us. You have to be kind and human, but we’re here to make good television.

“Also, we’ve got to get it right. It’s quickly obvious and evident that as a human you can only see so many people before something has to be amazing for it to pique your interest.

He added: “I’ve got ADHD and I’m finding that with auditions, the thing that is worst than being terrible is being average. You see a lot of average. There’s something about seeing a lot of average, maybe you can be a bit inhumane at times, but you can only do your job as a human!”

Robbie: “I got together with Ayda 12 years ago, I was having a hiatus from the music industry. I didn’t do anything for three years and I loved it. 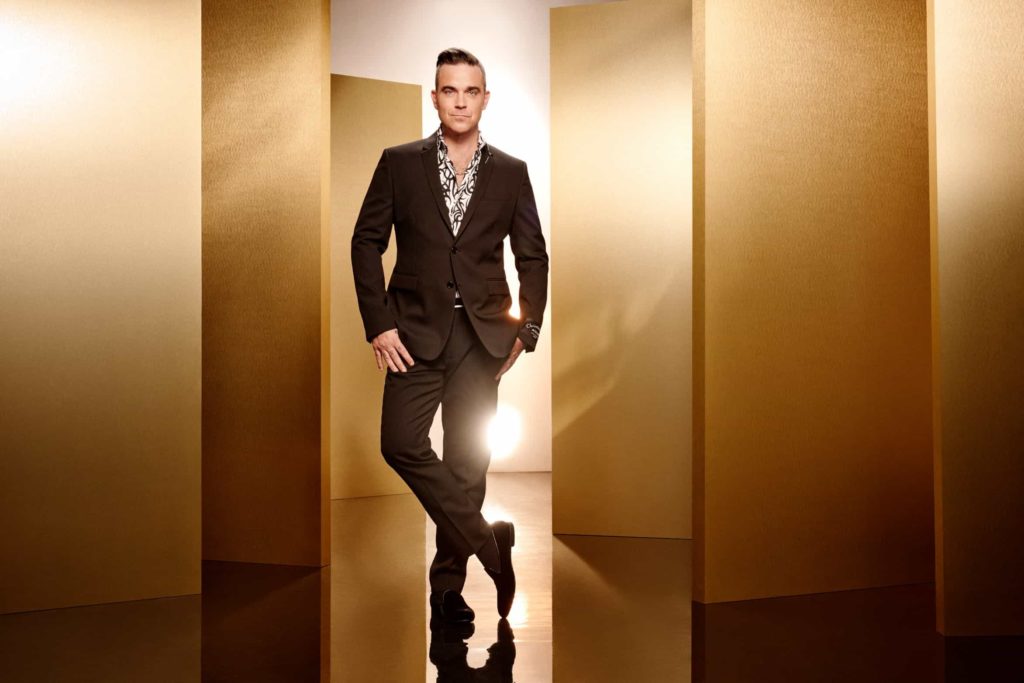 What’s the biggest thing you’ve learnt from Simon so far?

Robbie: “The biggest thing I’ve learnt is that I’ve got a long way to go before I am as good as him at this job! Look, there have been hundreds of versions of these shows and hundreds of different panels, name me one person who is better than Simon Cowell at this job. He is head and shoulders above everybody, I’m just happy to sit in my seat and see how he does it, see how he forms questions, what he asks.

How do you rate the talent this year?

Robbie: “I’m a fan of the show and always have been so I like to think I know a bit about what makes for good TV. But I’m finding out more every day. I think we’ve got a very strong show, from the silliness to the whimsy, to the actual gold plated talent. I think we’re covered, I think there’s a bit of something for everybody.”

Do you think you can win?