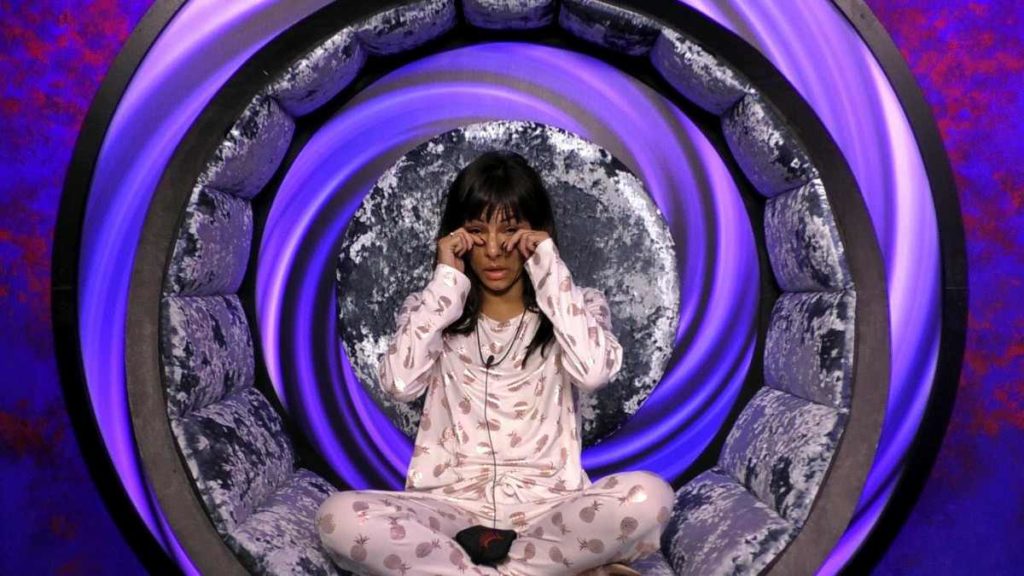 Since walking from the show on Saturday, Roxanne Pallett will return to Elstree Studios tonight for an interview with Emma Willis.

A spokesperson for Roxanne said: “Roxanne decided to leave the CBB house late last night after deliberating for two days with some sensitive issues she felt strongly about.

“She has now been reunited with her fiancé and family and thanks everyone for their support during her time in the show.”

Roxanne accused Corrie star Ryan Thomas of ‘assault’ after she claimed Ryan ‘punched’ her while they were ‘play fighting’.

Roxanne told Big Brother: “I don’t know what I’ve done. Ben’s gone. I heard chants outside and the majority of this house don’t want to sit near me.

“You think you’ve got friends and then they’ve gone. Ben was my only friend. No one likes me. What happens when you’re yourself and no one likes you?”

She continued: “I want to go home. I’m done. I’d rather work in a corner shop for the rest of my life than put myself through this. I don’t need the fame or the fortune this bad.

Roxanne will now discuss her time in the house in a post-exit interview with Emma Willis on Monday night.