Jade Bird, Tom Walker, slowthai and Aitch are among the latest artists to join the bill for Radio 1’s Big Weekend in Middlesbrough. 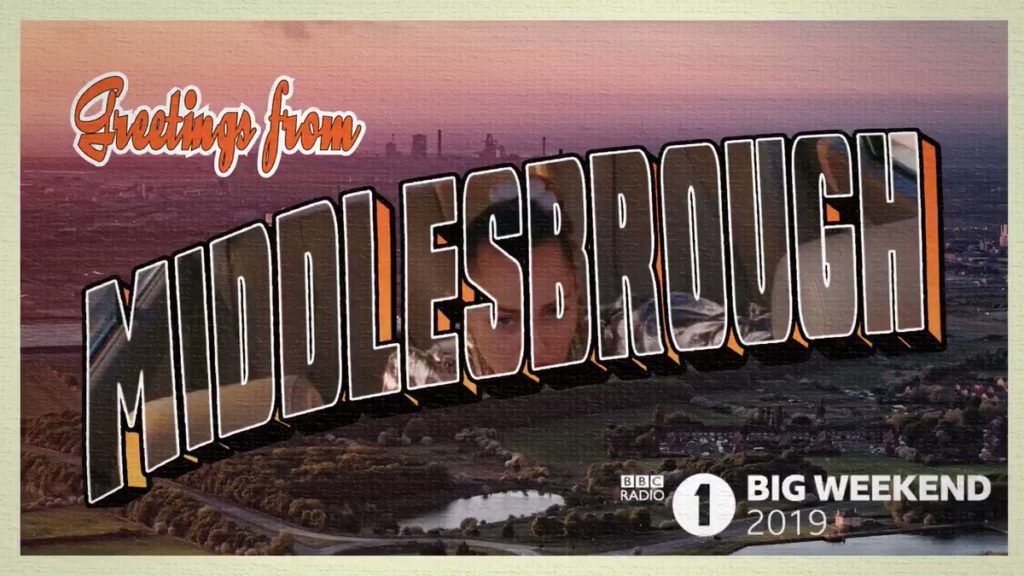 Radio 1’s Big Weekend 2019 will take place at Stewart Park in Middlesbrough from Friday 24 to Sunday 26 May, with a huge line-up of artists including Miley Cyrus, Stormzy, Mumford & Sons, The 1975, Little Mix, Mark Ronson and MK set to perform for 70,000 music fans across three days.

The BBC Music Introducing stage at Big Weekend will see some of the best emerging talent from across the UK take to the stage, with performances from returning artists Jade Bird and Tom Walker as well as a number of artists with links to the North East, such as Dylan Cartlidge, L Devine, Eve Conway, Cape Cub and Llovers.

The Introducing artists will join the likes of Miley Cyrus, Stormzy, The 1975 and Little Mix who are set to entertain BBC Radio 1 fans across the weekend for the station’s annual flagship live music event, which sold out in just over 100 minutes.

slowthai, Bloxx, Joy Crookes, Tom Walker, Cape Cub, Bellah, Llovers, The Orielles, Sophie And The Giants, and Emily Burns will play the stage on Sunday 29 May.

BBC Music Introducing provides a network dedicated to supporting the best emerging talent from across the UK and a platform to propel them onto the national and international stages, with broadcast opportunities on BBC radio, television and online alongside the chance to perform at major festivals and showcases.

Dylan Cartlidge said: “RADIO 1’S BIG WEEKEND! Super excited and honoured to be playing – especially when it’s on my doorstep! BBC introducing have been amazing supporters of mine thus far and I can’t wait to repay that support with a cracking show on the big day. Thank you all so much, see you there!”

“We bring you some of the best new music around, sharing a line up with some of the biggest names in the world. Jade Bird, Dylan Cartlidge, slowthai and Bloxx are just some of the highlights; make sure you catch your new favourite band with us!”

Performances from Radio 1’s Big Weekend will be broadcast on BBC Radio 1 all weekend and all performances will be available to watch live and on demand on Radio 1’s BBC iPlayer channel.

BBC Two will also be broadcasting the biggest performances at 9pm on Saturday and Sunday night, whilst BBC One will be showing all the highlights from across the weekend on Monday night.

TwitCelebGossip will be live from the festival across the weekend, so be sure to follow us on social media for the latest.

Ariana Grande’s Sweetener World Tour film, which is currently in a middle of a bidding war, will be a 'brutally honest' look behind the scenes.
Read more
Music

JLS have announced a free concert for the UK's 'health heroes' as part of their comeback tour at the end of the year.
Read more
Music

Lady Gaga has announced that she'll hit the road this summer with 'The Chromatica Ball Tour' with one date in the UK.
Read more