Britain’s Got Talent judge Alesha Dixon is pregnant with baby number 2, and it was announced live on ITV by Ant and Dec. 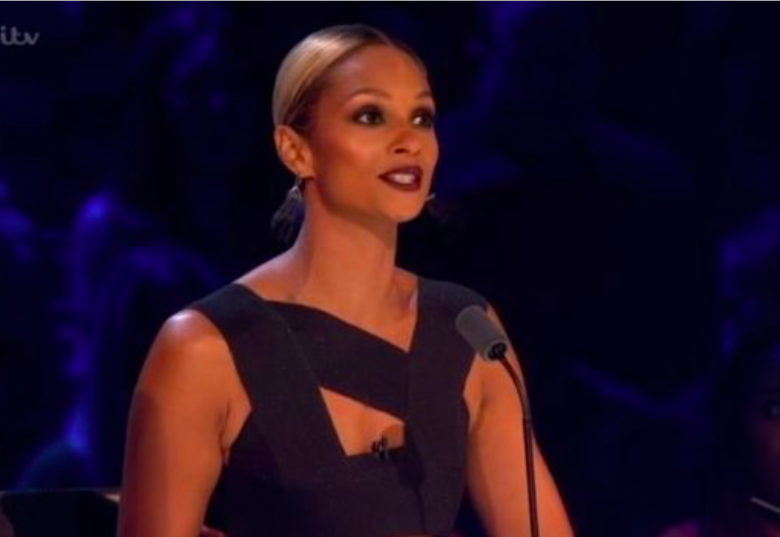 During the opening of Britain’s Got Talent‘s first live semi-final, Ant and Dec announced that Alesha Dixon was pregnant with an opening song.

Alesha said she’s “over the moon” to be pregnant as the live BGT semi final got under-way.

Alesha gave birth to her daughter Azura in October 2013, has been with her daughter’s father Azuka Ononye for seven years.

Speaking last year, Alesha admitted she wanted another baby but feared it was too late.

“Not a day goes by without me longing for another baby,” the BGT judge told You magazine.

“I don’t know whether it will happen given my age but I adore the idea of a large family and I hope I will be lucky.

“The love I feel for Azura is so pure and unconditional. The main thing is to enjoy her in the present and be philosophical about the future, because what will be will be.”