★★★★ A hysterical, sexy and entertaining production 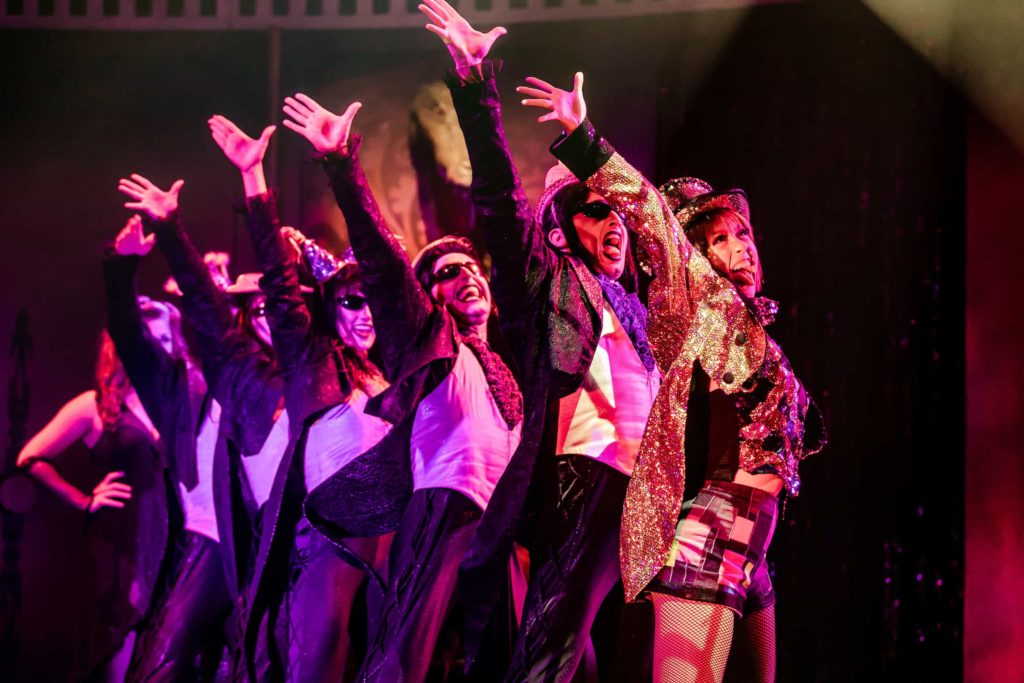 The Rocky Horror Show follows two young, innocent newlyweds, Brad Majors and Janet Weiss that run into trouble when their car has a flat tyre. The pair are unfamiliar with the area but notice a lit castle nearby. The light comes from the Frankenstein place, where Dr Frank’n’Furter is in the midst of one of his maniacal experiments.

The show is bursting at the seams with timeless classics, including ‘Sweet Transvestite’, ‘Damn it Janet’, and of course, the pelvic-thrusting ‘Time Warp’, which features twice during the show.

While entering the theatre on Monday evening, hundreds of audience members were dressed in seductive and quite revealing outfits that were inspired by the characters in the show. The producers behind the show said: “If you are dressing up for the show, don’t criticize other people’s costumes. Everyone has the right to wear whatever they wish.

“Some people make carbon-copies of the stage costumes, others take a more abstract approach. Some don’t dress up at all.”

Duncan James, best known for being in the boyband Blue, didn’t disappoint as Frank-N-Furter, a transvestite scientist. 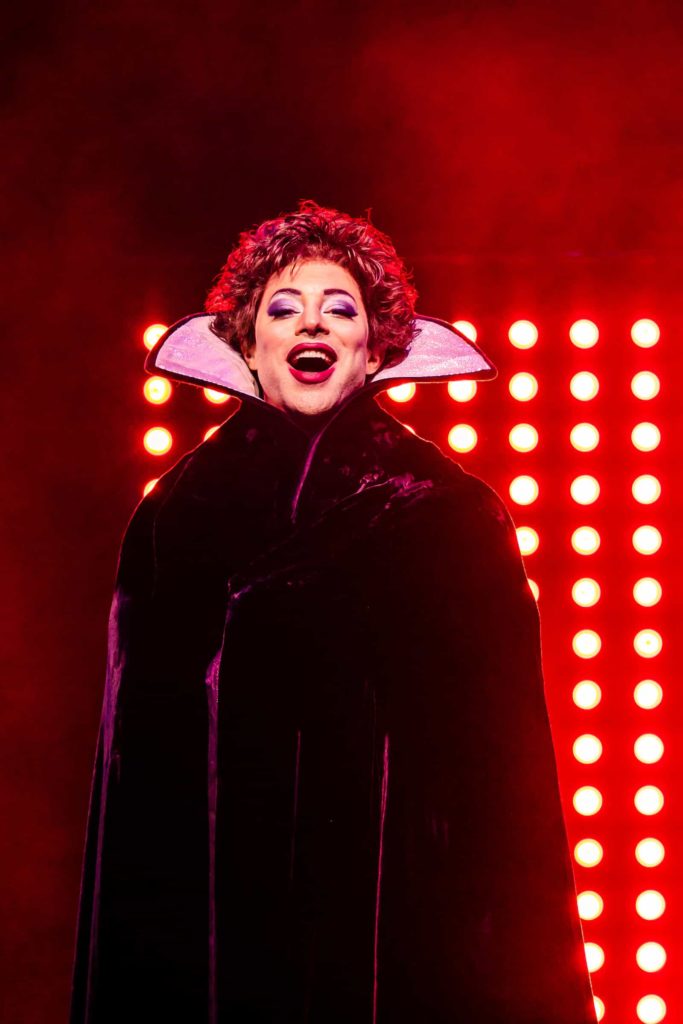 Duncan was a particular highlight from the cast on Monday night – dressed in a tight corset, fishnet stockings and killer heels, he brought a touch of the panto dame to the role.

Kristian Lavercombe reprised his role as Riff Raff, following more than 1,400 performances of The Rocky Horror Show around the world – including the UK’s 40th anniversary tour, and the most recent Australian tour.

Callum Evans also stood out as ‘perfect’ for the role of Rocky as he’s an accomplished acrobatic gymnast, winning the Welsh Championship and coming 2nd in the British Acrobatic Gymnastic Championships – his voice held out during the songs, and his body is extremely muscular. 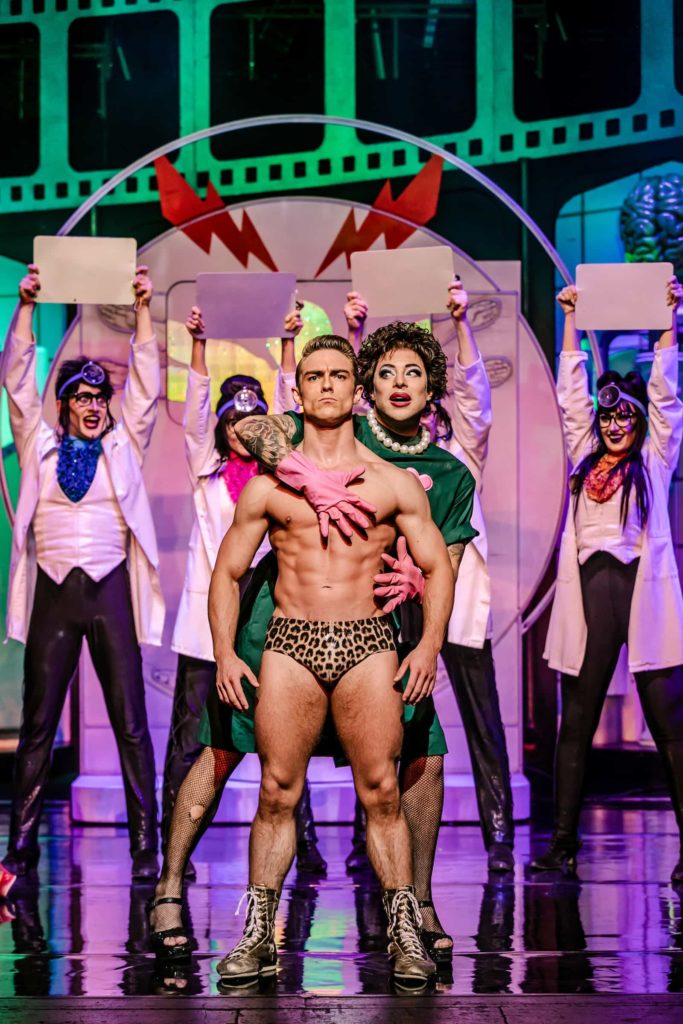 Lastly, Steve Punt who played the narrator stole each scene he featured in with his professionally comical jokes that included Trump’s visit to the UK, and ITV2’s Love Island.

“Audience Participation started back in the 1970’s in the USA and made it over to the UK a few years later. Originally only for the movie, the ‘AP’ has become a part of the stage show as well. Fans have been dressing up, shouting back lines and singing along to the show for thirty years now.

“Audience Participation should always be complementary to the show, never just shouting out lines for the hell of it,” producers of The Rocky Horror said. 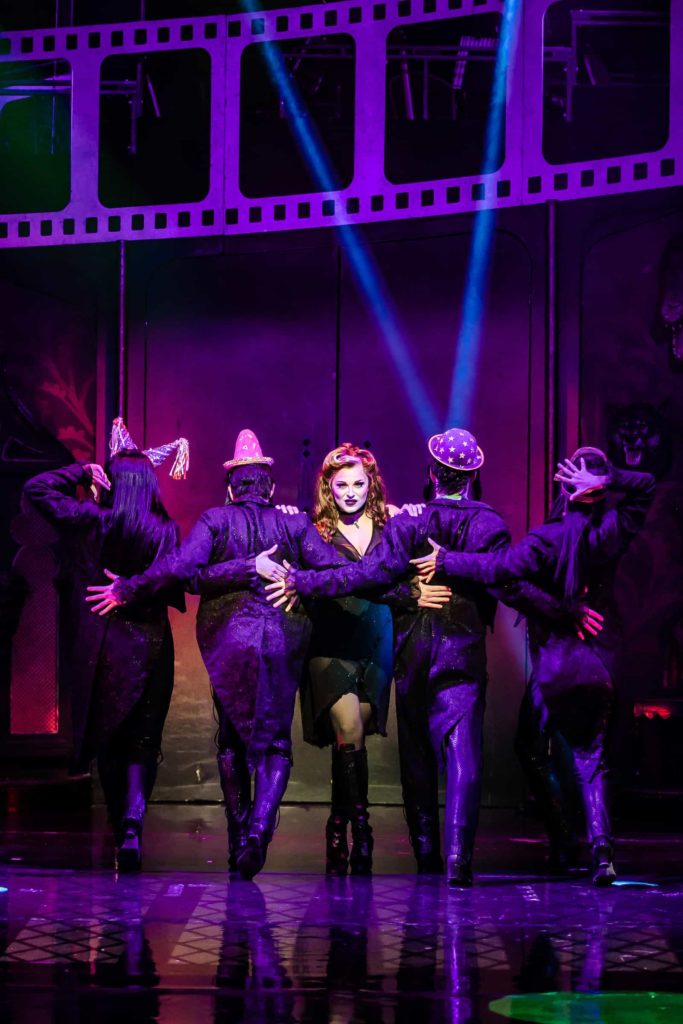 “Talk-back lines should be used to add to the Rocky experience, don’t try to shout down other people, they might know some better lines, the best lines are the unexpected., especially if the cast start to giggle!” they explained.

Overall, The Rocky Horror Show is an unmissable production that gets everyone up and on their feet by the end of the two hour show (that includes an interval).

The hysterical, sexy and entertaining production is certainly worth a visit at The Regent Theatre in Stoke as it plays host to The Rocky Horror Show until Saturday 9th June. It’ll leave a smile on your face for days.