Direct from the London’s West End, Annie, has returned to Birmingham Hippodrome for three weeks, and you definitely don’t want to miss it. 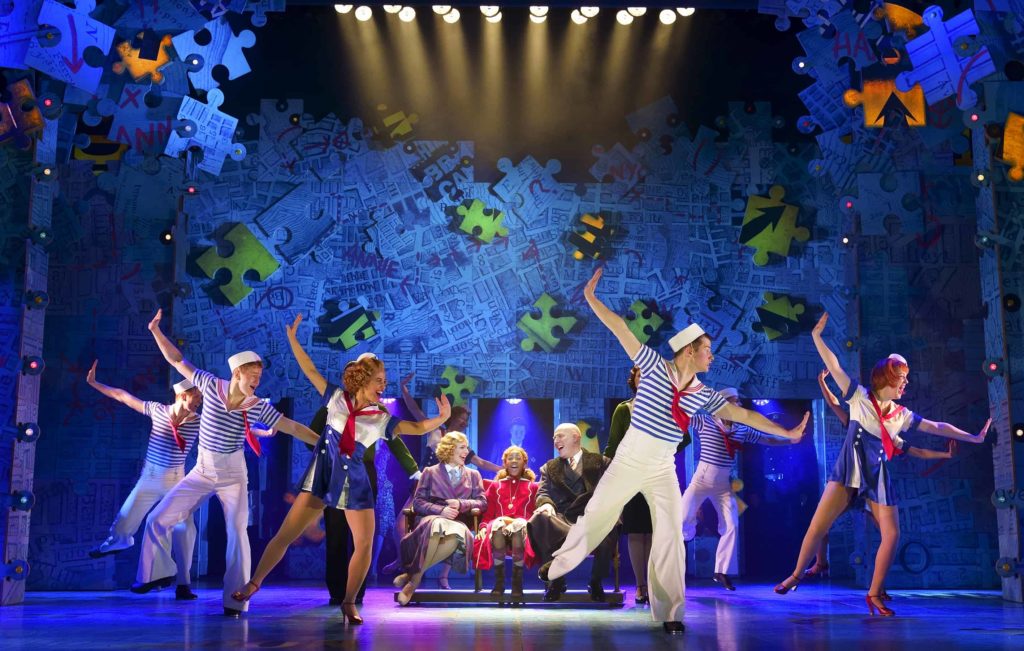 Set in 1930s New York during The Great Depression, brave young Annie is forced to live a life of misery and torment at Miss Hannigan’s orphanage, hanging on to hope that her parents will pick her up.

Annie’s luck starts to change when she is chosen to spend Christmas at the residence of famous billionaire, Oliver Warbucks. Meanwhile, spiteful Miss Hannigan has other ideas and hatches a plan to spoil Annie’s search for her true family.

What was once a famous cartoon strip, and later turned into a Broadway musical – The old and some-what outdated, tired story of a girl called Annie, has had a new lease of life in the West End, and is now on tour – with a refreshing take on old characters.

Opening night of the musical at the Hippodrome was led by Freya Yates as Annie, her optimistic approach, adorable smile and vocal range helped reassure the orphans that their parents were coming back during the heartfelt song ‘Maybe’. 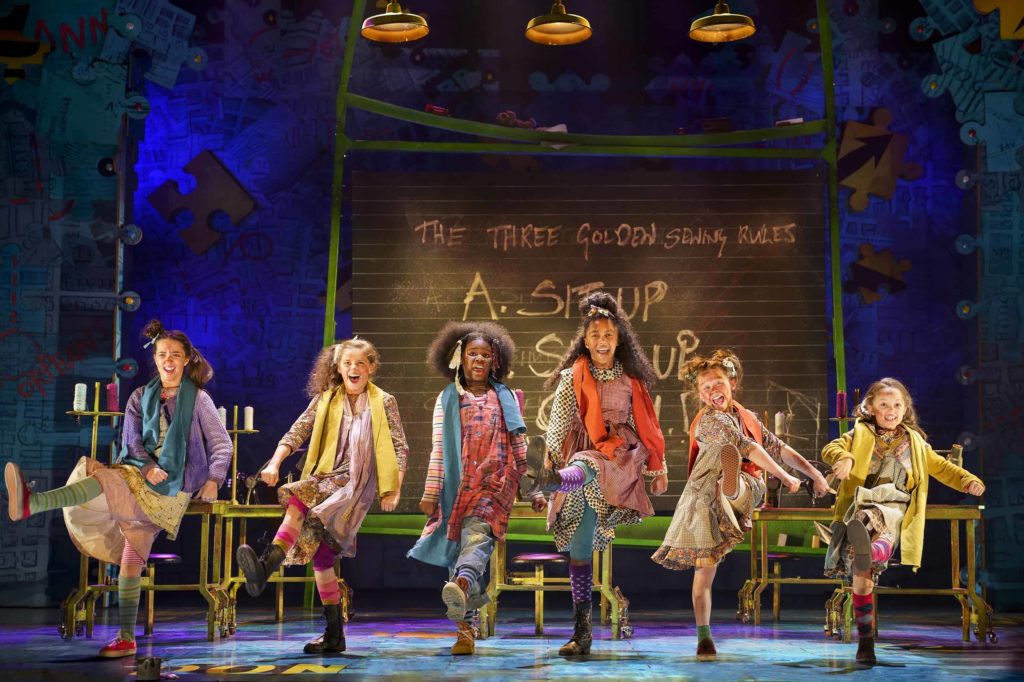 Jodie Prenger perfectly portrayed a truly wicked and boozed up Miss Hannigan, who was yearning for love, but incapable of showing or receiving it, giving the persona of a sour grape. The choreography of ‘Easy Street’ and the solo ‘Little Girls’ allowed Jodie to showcase her vocal and comedic talents.

Jodie is best known for winning the role of ‘Nancy’ in Cameron Mackintosh’s West End production of “Oliver!” through the BBC television series “I’d Do Anything”. During her run in the show at the Theatre Royal Drury Lane she received both critical and public acclaim for her portrayal of the role.

The show also featured Alex Bourne as Daddy Warbucks, his secretary Grace Farrell played by Carolyn Maitland, Richard Meek as Rooster and Jenny Gayner as Lily. Oh, and not forgetting Sandy (the labradoodle) that was played by Amber. 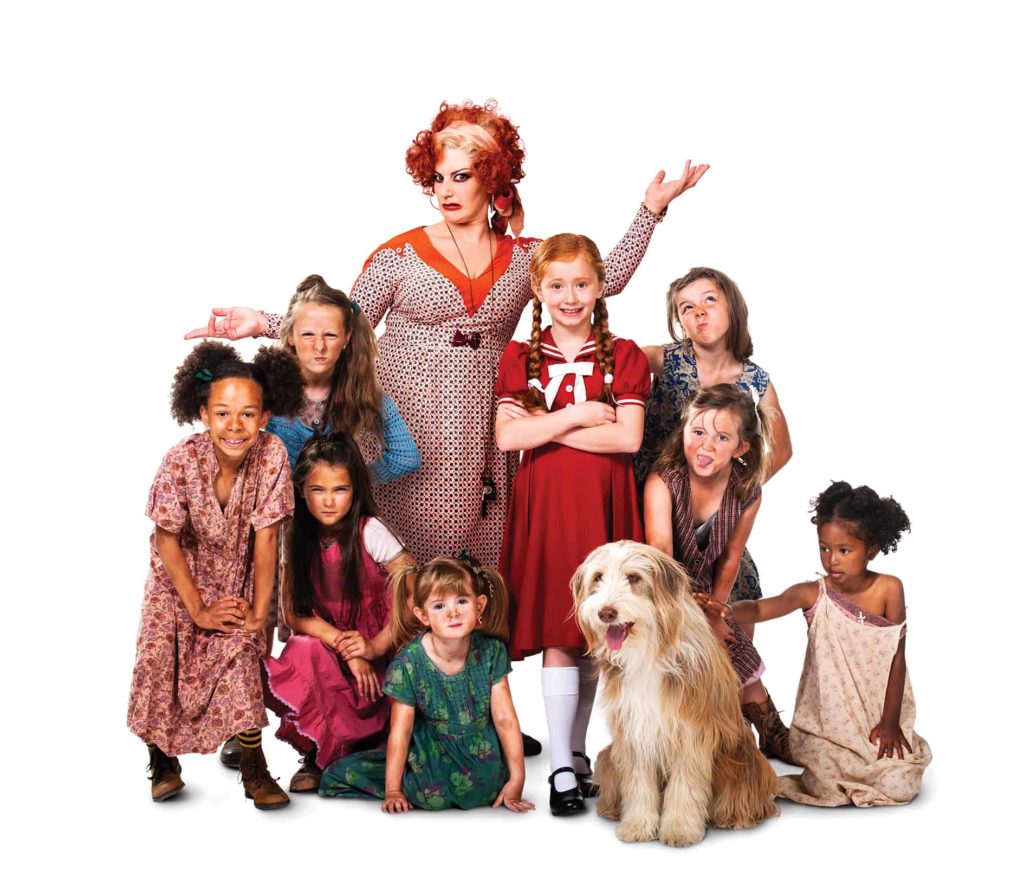 All the children that were involved in the show deserved the standing ovation at the end of the night, their complex choreography and musical numbers, especially in ‘It’s the Hard Knock Life’, really showed off the talent in each and every one of them.

The stage design for Annie reminded us of Matilda’s glorious alphabet blocks but instead was jigsaw puzzle pieces, designed by Colin Richmond, each scene easily transitioned with another as portable sets rolled in from the left and disappeared right – and towering doors coming down from the ceiling.

The choreography (by Nick Winston) and the music (sound design by Richard Brooker and orchestration and musical direction by George Dyer) was lively, colourful and upbeat and helped to quickly change the mood and atmosphere of a scene. From “It’s A Hard Knock Life” to “Easy Street” and ending with “A New Deal For Christmas” with inventive moves and full on enthusiasm from the cast, it left us singing the hits on the way home.

Our review of Annie the Musical at Birmingham Hippodrome is awarded 5 stars out of 5. ★★★★★

Grab your tickets for Annie the Musical in Birmingham here.