Family oriented show Madagascar The Musical has arrived The Regent Theatre in Hanley. 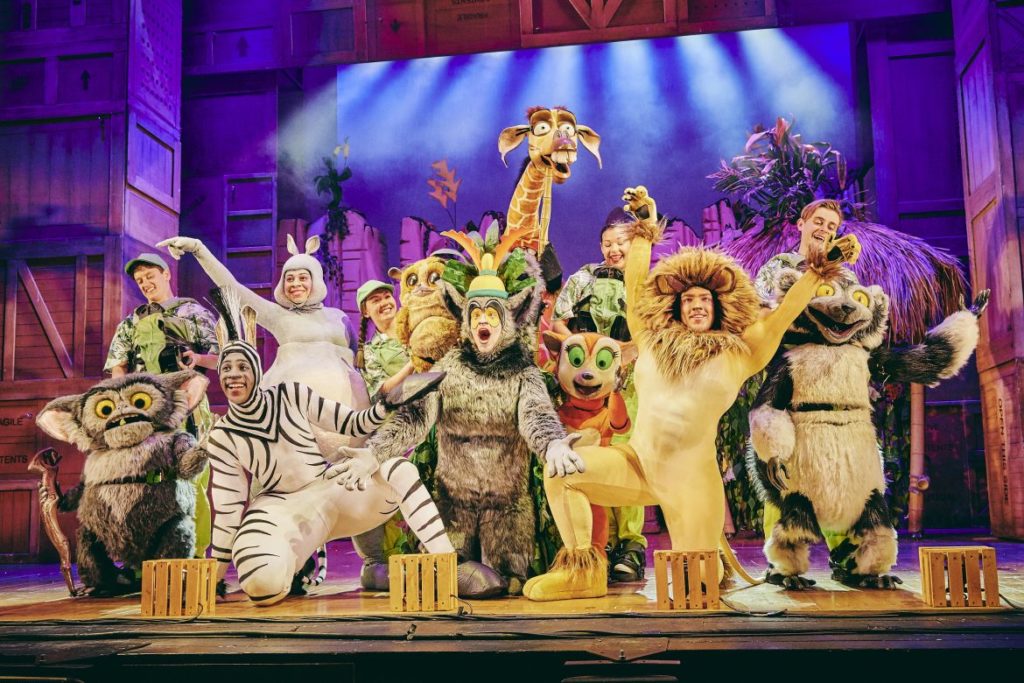 Based on the smash DreamWorks animated motion picture, Madagascar – A Musical Adventure follows the lead crack-a-lackin’ characters as they escape from their home in New York’s Central Park Zoo and find themselves on an unexpected journey to the madcap world of King Julien’s Madagascar.

The innovative set was fun and fitted the theme of the story perfectly, the stage was surrounded by crates (the ones used to transport the animals from New York) and it was used to carry set pieces on and off. The music was fast and catchy opening too many oohs, aah from the very young audience members who attended with their families.

However the first act did not uphold a huge level of excitement or the attention with the vast amount of the young audience members. Act two was a different story. 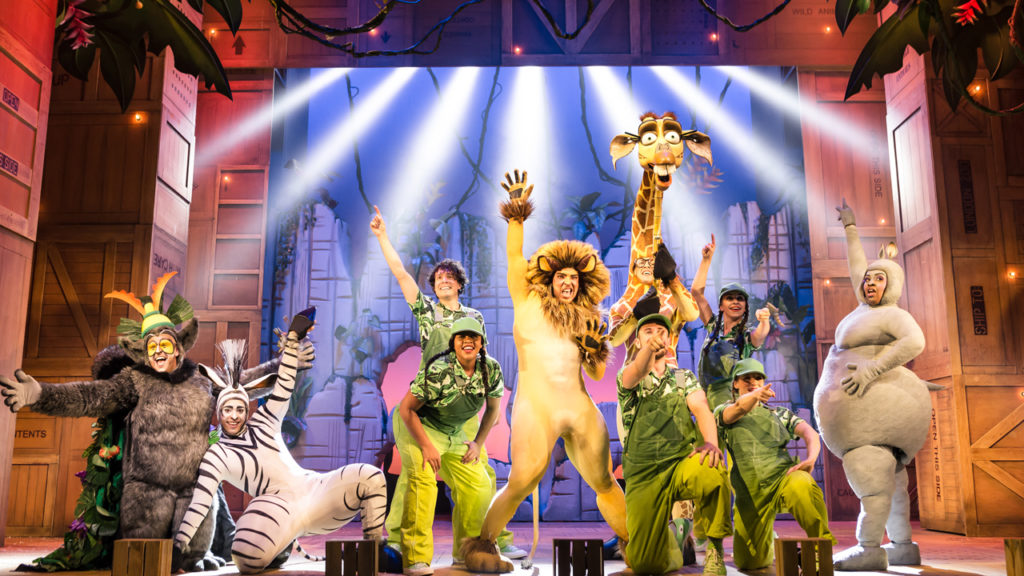 The four main characters (Matt Terry as Alex the Lion, Posi Morakinyo as Marty the Zebra, Connor Dyer as Melman the Giraffe, and Hannah Victoria as Gloria the hippopotamus) has fantastically designed costumes that emphasized their characters, including a well devised giraffe puppet. The puppeteered penguins were also a highlight of the evening.

Act one carried the initial story of the film, but act two is where the characters came to life and King Julien (played by Kieran Mortell) interacted with the audience and became a comedy highlight.

During the finale of the show, the cast busting out a few moves for ‘I Like To Move It, Move It’, and had pretty much every audience member on their feet by the end.

Our review of Madagascar The Musical is awarded 3 stars out of 5. ★★★

Grab your tickets for Madagascar The Musical in Stoke here.