Following a series of nail-biting challenges, the I’m A Celebrity 2019 campmates are split into two different camps on their first day in the jungle. 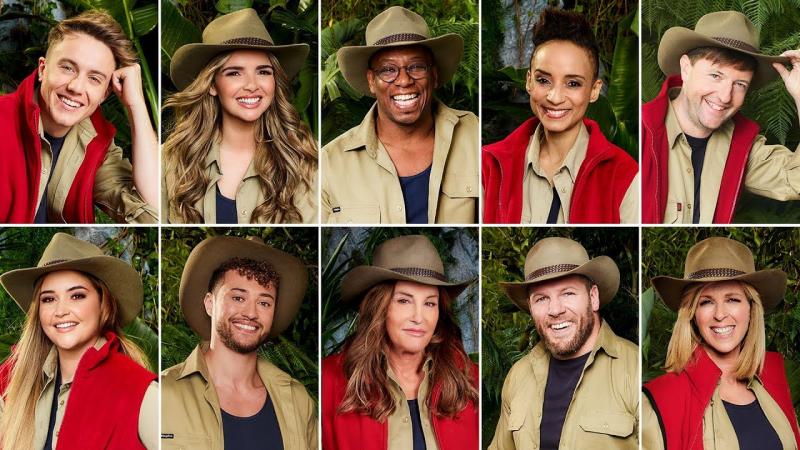 A fresh batch of famous faces have waved goodbye to their lives of luxury and set up home among the creepy-crawlies of the Australian jungle for up to three weeks.

In the launch show, Ant and Dec explained to the celebs that they would be partnered with another celebrity and would have to fight it out to become one of two power pairs who would not only have better living conditions but would be able to decide the other celebrities’ fates over the next few days.

Five celebrities (Ian, Nadine, Myles, Kate and James) arrived by super car and one-by-one boarded a luxury yacht moored off Australia’s stunning Gold Coast. They had to win to shore in the first challenge.

The five remaining celebrities (Roman, Jacqueline, Andrew, Adele and Caitlyn) each boarded speedboats and made their way to a beach, waiting to be picked. 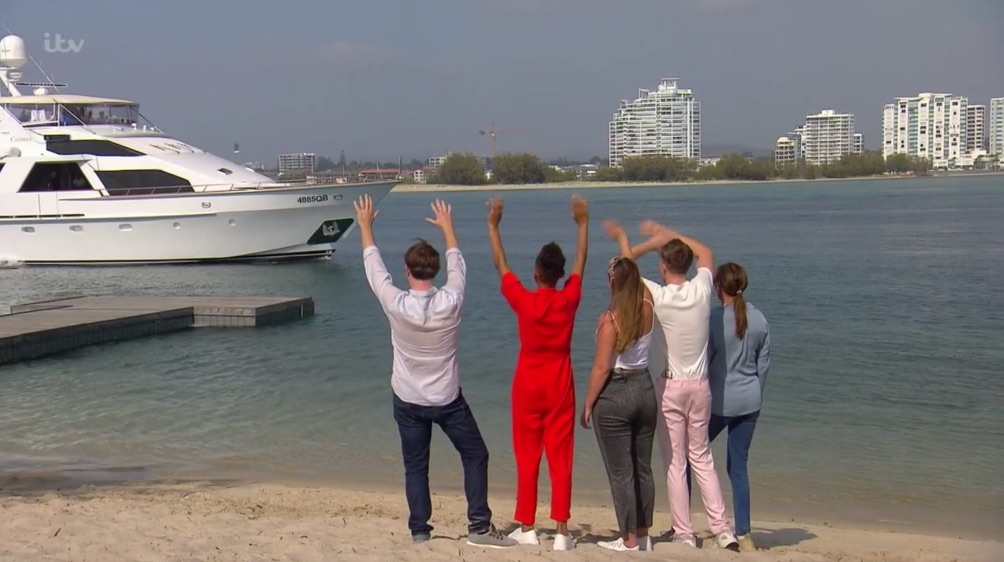 The celebs on the boat had to race to swim to shore with the winner having the chance to pair up with any one of the five on land. The last one would get no choice of partner. Once they were teamed up in pairs, they would fight to become one of two Power Pairs.

Ian, Nadine, Myles, Kate and James had to swim – they clambered into the water and raced to shore – although Nadine started swimming in the wrong direction.

James and Myles seemed to arrive at the same time, although Myles just pipped James to the post, followed by Nadine, Ian and finally Kate who managed to make it to shore without getting her hair wet.

They had to choose a partner whom they thought would make the strongest pair so Myles who as winner had first choice chose Roman; James chose Caitlyn; Nadine chose Adele as she said they’d met years before she was in Girls Aloud; Ian chose Jacqueline and finally Kate chose Andrew.

Ian and Jacqueline, Roman and Myles and Andrew and Kate would battle it out to become the first power pair; leaving Adele and Nadine and Caitlyn and James to battle it out for the second one and a place in the better camp.

Following the first challenge, Ian, Jacqueline, Roman, Myles, Kate and Andrew went in one helicopter and Caitlyn, Adele, James and Nadine went in the other. In the air they separated and went in different directions. There was two challenges waiting.

One group was greated by The Plank (a structure 334 feet above the ground) and the other had to skydrive and canoe. 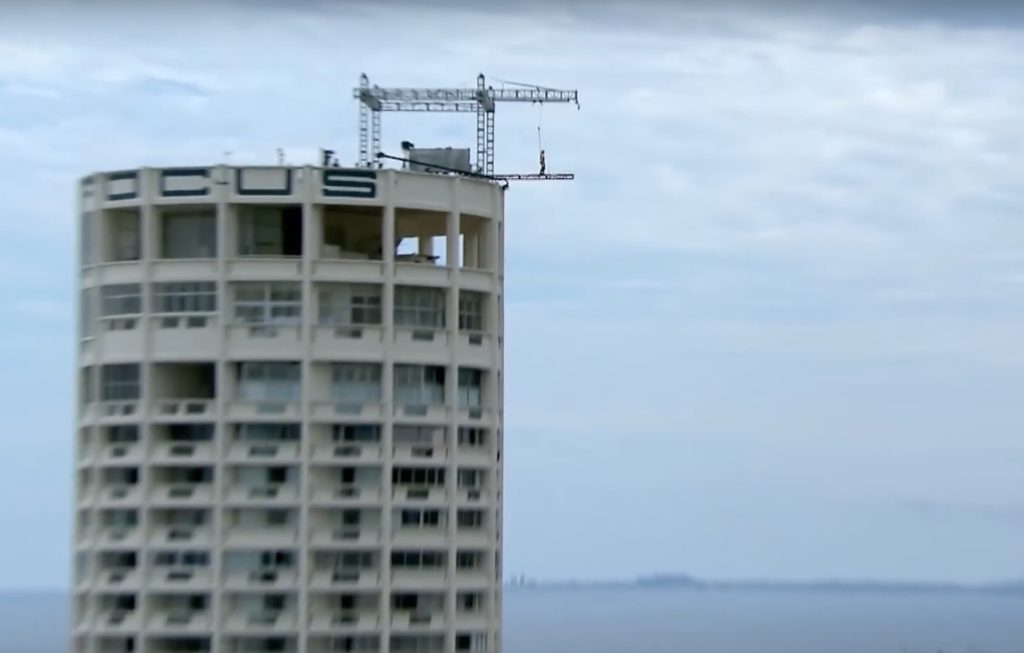 Dec announced that Roman and Myles won ‘The Plank’ challenge (their combined time was 1.45 seconds) and were the first power pair.

“However, you will not be travelling there in your pairs. James and Adele must canoe downstream to their Pontoons which are locked and to open them, Caitlyn and Nadine must skydive from 10,000 ft to collect the keys to open them, you’ll then reunite with your partner at the Pontoon.” 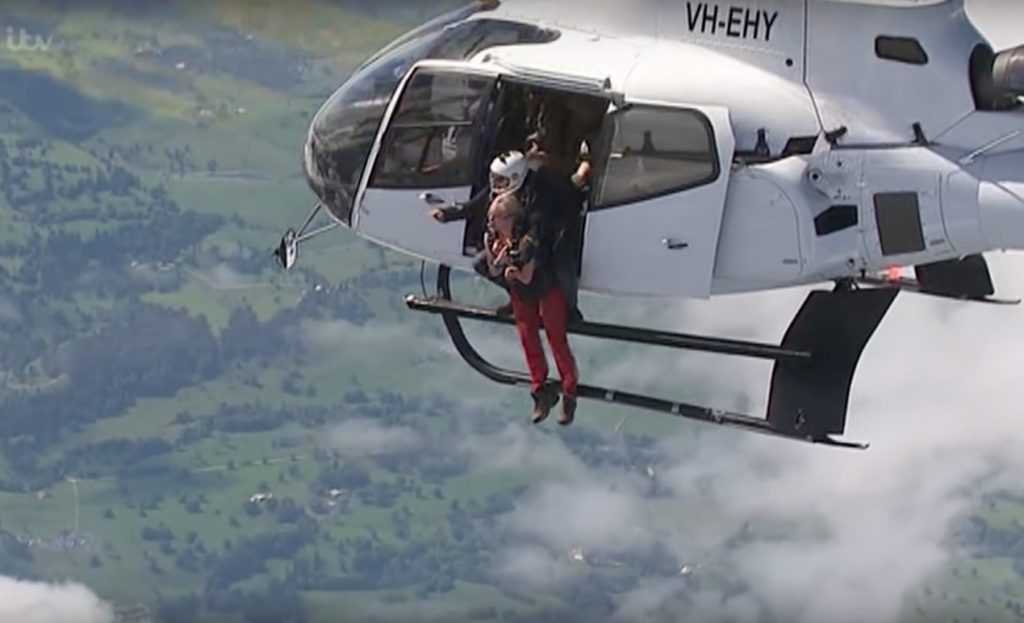 After completing the task, Dec revealed that Adele and Nadine retrieved their tokens in 5 mins and 21 seconds and had won.

Ant said: “Which means Adele and Nadine, you join Roman and Myles and become the next power pair.”

This means that Adele, Roman, Myles and Nadine are staying in the main camp while the rest of the celebs have to stay in Snake Rock.

I’m A Celebrity…Get Me Out Of Here! continues nightly on ITV.