Sleeping Beauty dubbed ‘the Pantomime of your dreams’ has arrived at the Regent Theatre in Stoke and it lived up to its claims. 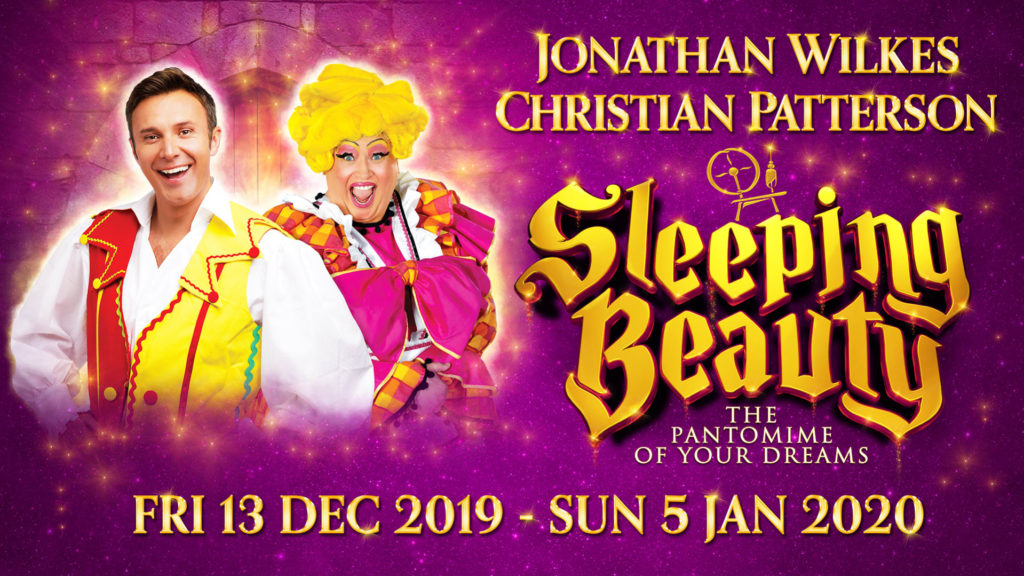 It’s officially Panto season and we couldn’t be more excited! The Regent Theatre in Stoke launched their pantomime Sleeping Beauty last night and it’s a little different from the original story – you could say it’s been Stoke-fied.

Jonathan Wilkes (now in his 14th year of pantomimes) has built up a strong partnership with Christian Patterson (in his 11th year of pantos) over the years, and, together again, light up the theatre with their humour.

The pair have collaborated with Qdos Entertainment to entertain audiences of all ages until January 2020.

Qdos Entertainment have 754 pantomimes under their belt since the company first launched in 1999, and this year they’re producing 35 all over the country.

Lead and local favourite Jonathan Wilkes said: “I’ve been doing Panto at the Regent for so long.

“I really appreciate that I’m still here doing it in my hometown and very grateful to be able to.”

Without spoiling the Panto which the cast ask very kindly at the end for us to ‘keep the secrets’, the audience are very heavily involved in the show right from the start with one of the cues we’re told to shout out is “Aye up Muddles” every time Jonathan sets foot on the stage.

In one of the audience gags, Christian Patterson (otherwise known as Fanny, the Nanny) pulls out a camera from stage left and pans across the audience, much like a kiss-cam, as a screen is lowered so the whole theatre can laugh at the unexpected jokes he and Jonathan make at the unsuspecting public.

There were tons of innuendo’s being made throughout the show that appealed to the adults on a different level entirely to the kids in the audience. One of the characters called Chi-Chi (The Spirit of Stoke) was flamboyantly played by local actor Delme Thomas and helped narrate the story with his spectacular one liners.

Every Panto comes with a wickedly awful character, and this year Vivien Parry was the despicable fairy Carabosse. Audiences hissed and boo’d as the evil but funny Vivien attempted to use her spinning wheel and powerful curse to wreak havoc.

We were pleasantly surprised during a few scenes when Vivien belted out some well-known songs with her stunning voice – especially when she was joined by a large monster that towered over the front row of the audience.

A memorable moment from the show involved a lip-sync challenge and featured Kai Owen as the King Cyril of Stokey. It was fast-paced, wonderfully entertaining and hilarious to watch. Definitely a unique element we’ve never seen in a Panto before.

Lastly, the talented Naomi Slights lead the female role of Sleeping Beauty and delighted children with her magical charm and beautiful voice.

The Wilkes Academy of Performing Arts, run by Jonathan and Nikki Wilkes, provided the ensemble cast who gave a captivating performance.

The show featured dazzling set pieces and stunning costumes which helped transport audiences on an adventure – and that’s what Pantomimes are all about!

The classic fairytale of Sleeping Beauty with a Stoke twist will perform to sell-out audiences throughout the festive season, and we’re already looking at rebooking tickets to watch it again before it finishes on Sunday 5th January 2020.

Our review of Sleeping Beauty at the Regent Theatre is awarded 5 stars out of 5. ★★★★★

Click here to buy tickets to see Sleeping Beauty in Stoke before they sell out!