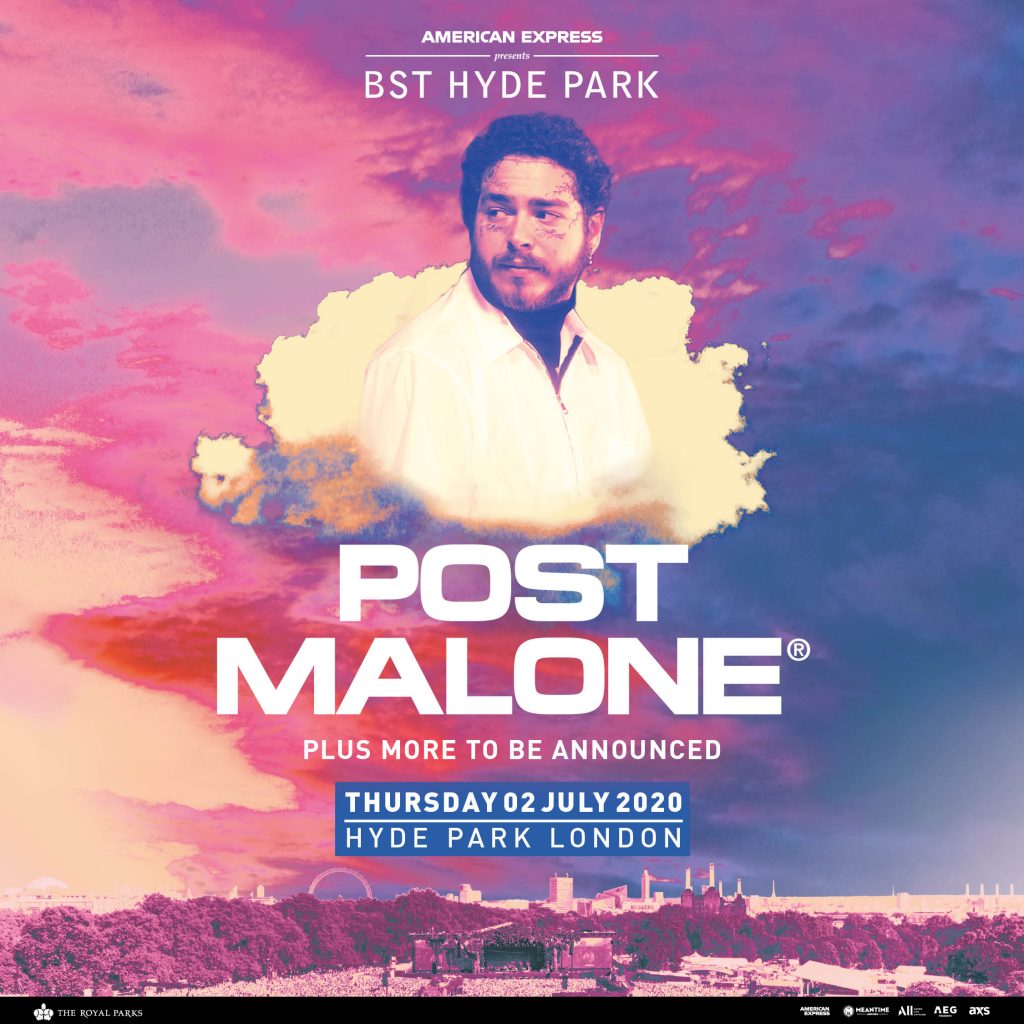 Triple platinum superstar Post Malone has been confirmed to headline on Thursday 2nd July – with special guests to be announced.

Post Malone will make his debut at BST Hyde Park this July, his biggest UK festival show since his headline sets at Reading and Leeds festival in 2019.

Post Malone gained worldwide acclaim for his distinctive voice and innovative blending of hip-hop, pop and trap. His debut album Stoney catapulted him into the spotlight in 2016 and he spent a whopping 77 weeks in the top 10 of US Billboard charts.

Following the instant success, Malone released ‘Rockstar’ with 21 Savage and ‘Psycho’ with Ty Dolla $ign, two singles that amassed over 2 billion combined streams and went 13-times platinum. ‘Rockstar’ became one of the year’s biggest songs on both sides of the Atlantic. It held the top spot in the Billboard Hot 100 for 8 weeks and No.1 in the UK charts for 4 weeks.

Eligible American Express Cardmembers can access priority booking from 10am Tuesday 11 February until 9.30am Friday 14 February 2020 via AXS.com

Little Mix has been confirmed to headline on 4th July, Kendrick Lamar on 5th July, Pearl Jam on 10th July and Taylor Swift on 11th July.