Beth Porch auditioned for the Britain’s Got Talent judges this evening on ITV, and has released her audition song for charity.

Frontline nurse Beth Porch, who has recently recovered from Covid-19 took to the Britain’s Got Talent stage this evening.

Beth is an paediatric nurse and singer from London and performed an original song inspired by her work at a children’s hospital for Simon, Amanda, Alesha and David on Saturday’s show.

Beth’s original song ‘You Taught Me What Love Is’ was recorded before she tested positive for the virus – she received four yeses from the judges sending her through to the next round.

The 25 year old told the judges before her audition: “When I was a student, there was a boy who wanted to learn how to play guitar and there was nobody to teach him.

“So, I said ‘Oh, I can teach you’. Then as I would play guitar with him other parents would say ‘Could you come into my kids room and play’,

“I’d end up going around the wards playing for the kids,” Beth said.

“It made me think maybe I should give the whole music thing a go, so this is why I’m here.”

Beth continued: “It’s a difficult job and part of processing a lot of the things that happen on the ward is why I write songs. 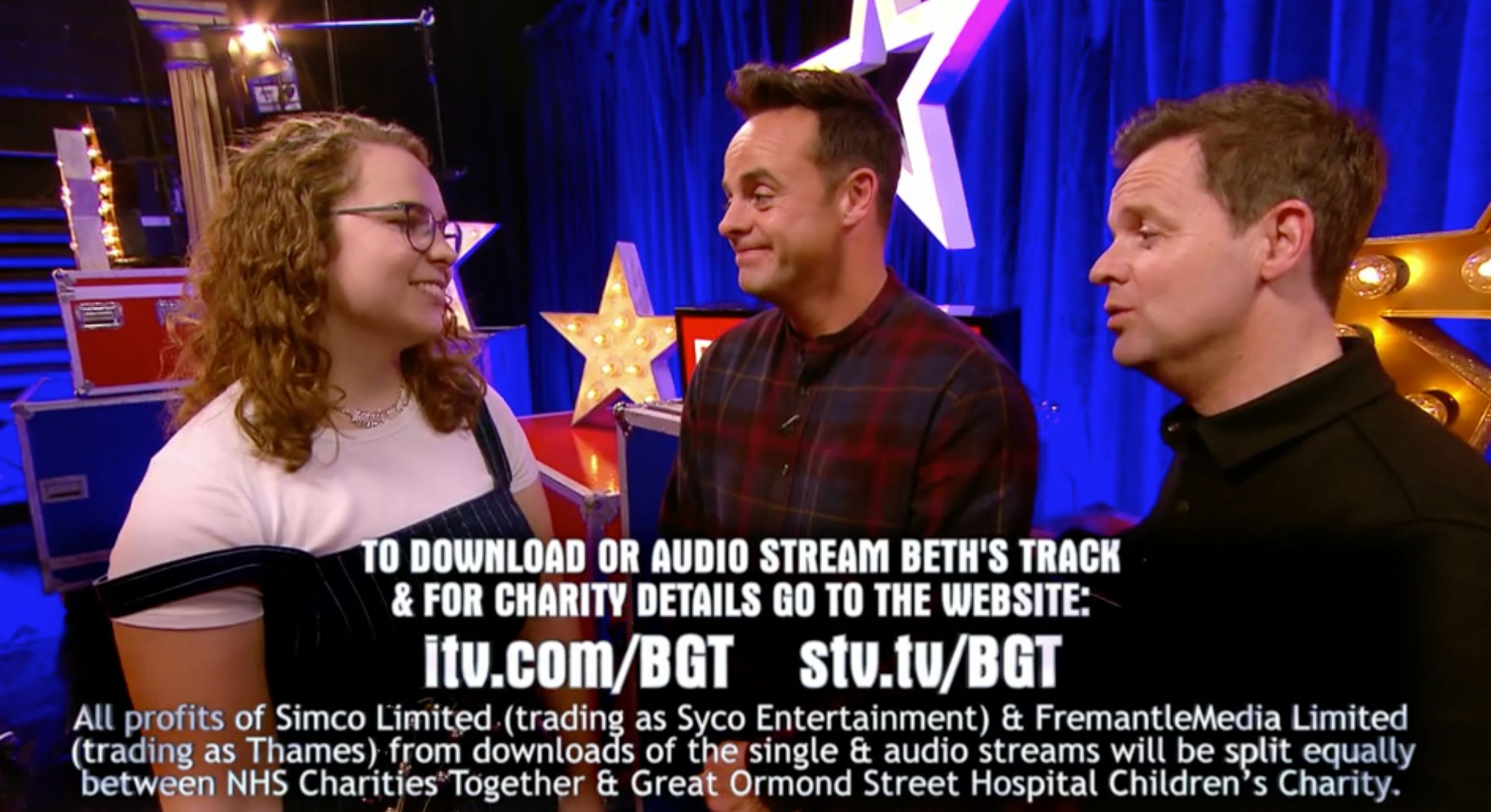 “The song I’ve written is about what I’ve learnt from my patients and their families. I’m not a parent myself but I’ve got a snapshot of what it’s like to love a child. That’s what inspired this song.”

Sadly Beth was forced to take some time off work recently after testing positive for coronavirus, speaking to The Sun she said: “I knew I had it as soon as I started coughing. A hospital tested me because I’m frontline staff… it felt like having the flu so I wasn’t too badly off,”

Following the broadcast of Beth’s song this evening, Britain’s Got Talent producers have made ‘You Taught Me What Love Is’ available to download and stream for charity. The proceeds of the songs will be split equally between NHS Charities Together and Great Ormond Street Hospital Children’s Charity.

You can buy/stream the song by following the links below: