‘Rock of Ages’ a spectacular musical comedy has made its way to the Regent Theatre in Stoke, featuring over 25 classic rock anthems. 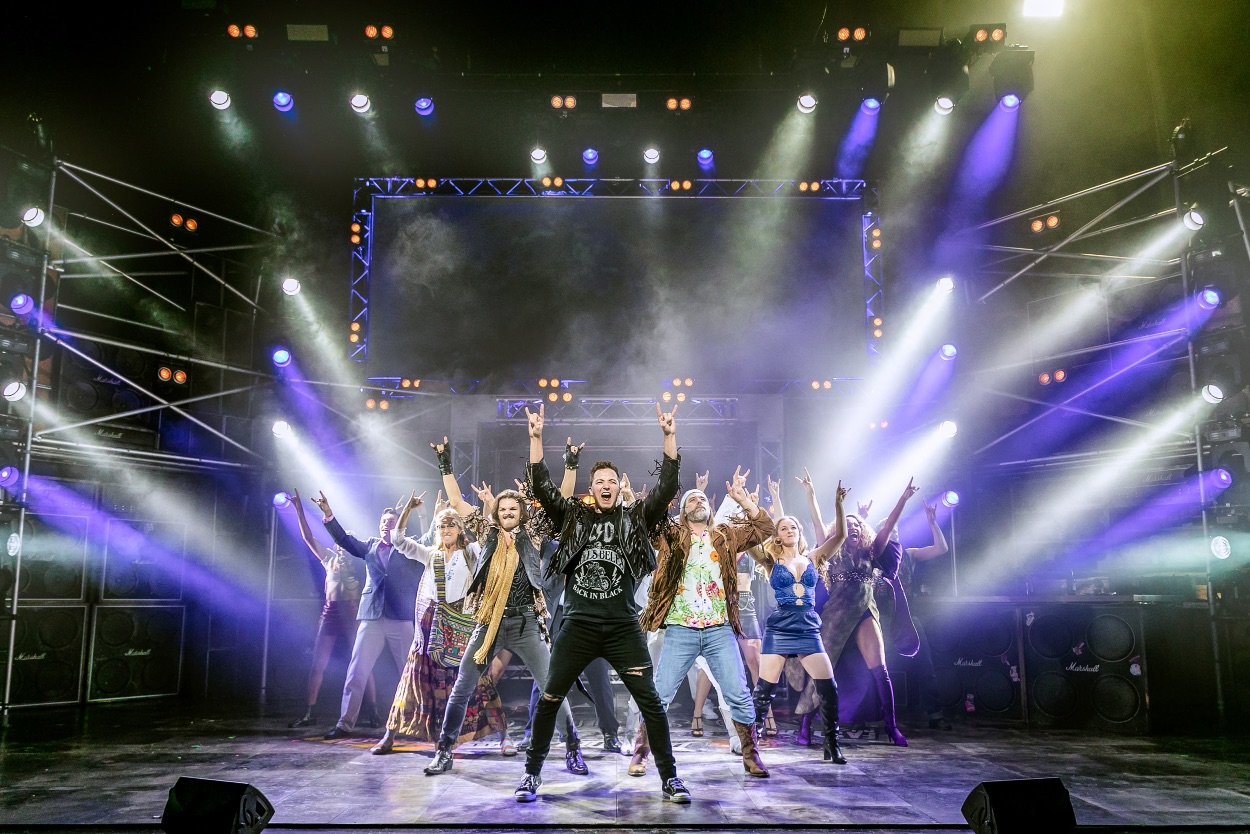 Rock of Ages is a musical comedy with a rock makeover featuring over 25 classic rock anthems, including Don’t Stop Believin’, We Built This City, The Final Countdown, Wanted Dead or Alive, Here I Go Again, Can’t Fight this Feeling and I Want To Know What Love Is – Impressively played by a talented live (onstage) band.

While the story may be shamelessly cheesy, the musical has proven to be a smash hit – and we can see why.

Set on the 1980s Sunset Strip in LA, the story follows two characters: Drew (Luke Walsh) is an aspiring singer hoping to become a rock star while Sherrie (Rhiannon Chesterman) is a precious country girl looking for Hollywood fame. Add in the bad-guy property developers (Andrew Carthy & Vas Constanti) who want to tear everything on the strip down and redevelop the area – we start to get a dramatic story. Kind of. Lonny (Joe Gash), the show’s OTT camp narrator, elevated the comedy breaking multiple walls and getting the audience involved on many occasions. Jokes usually made at the expense of the front row (be warned), much to the amusement of everyone else. 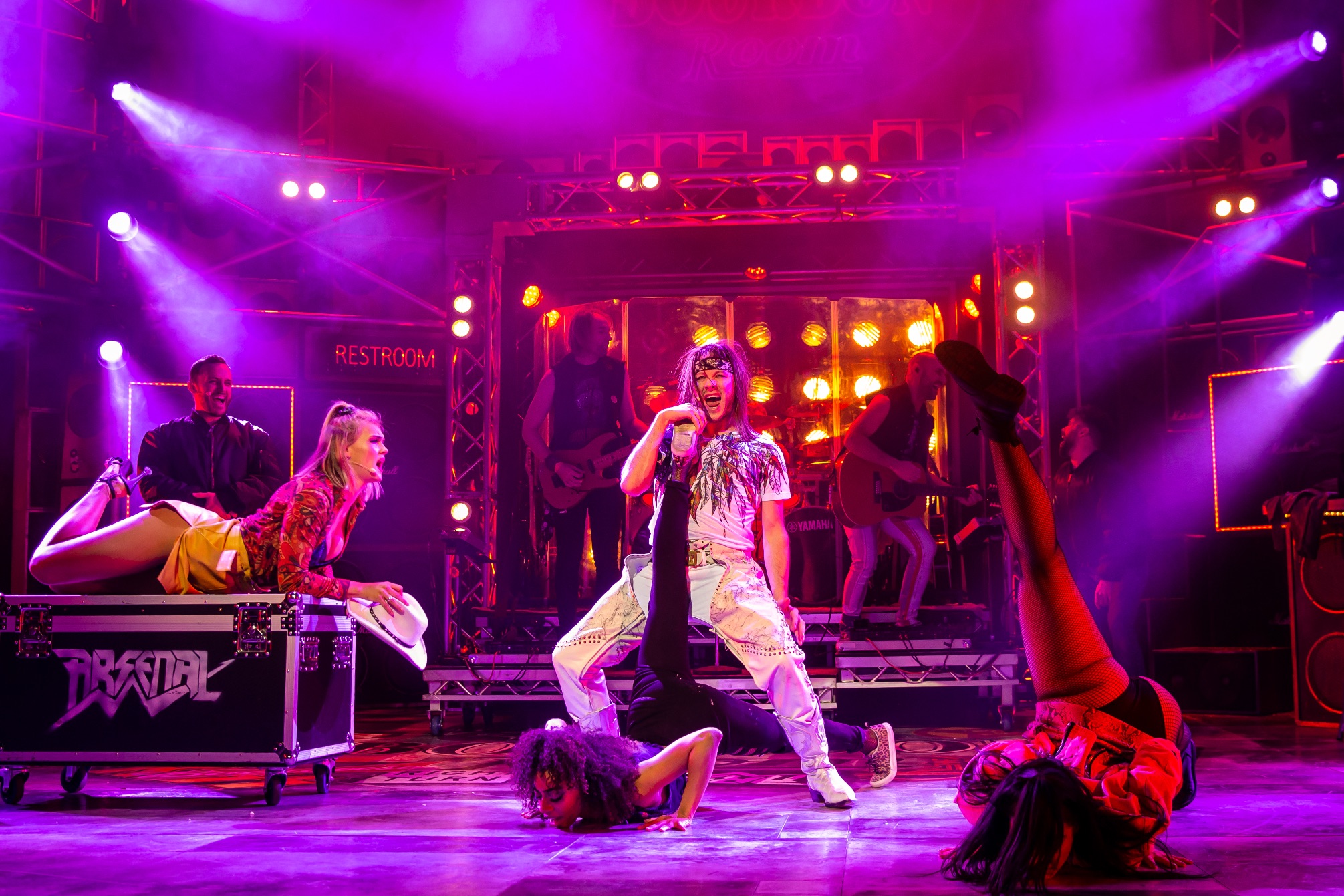 Despite the whole ensemble getting their own spotlight moment during the show, Justice (played by Jenny Fitzpatrick) was a particular standout and gave some spine chilling vocals while Development protestor Regina (played by Gabrielle Williams) had some of the best comedic moments.

The onstage band is made up of Liam Holmes on keys, Liam Stevenson on lead guitar, Alex Ward on guitar 2, Elliot Mason on bass, and Vito Guirrieri on the drums. 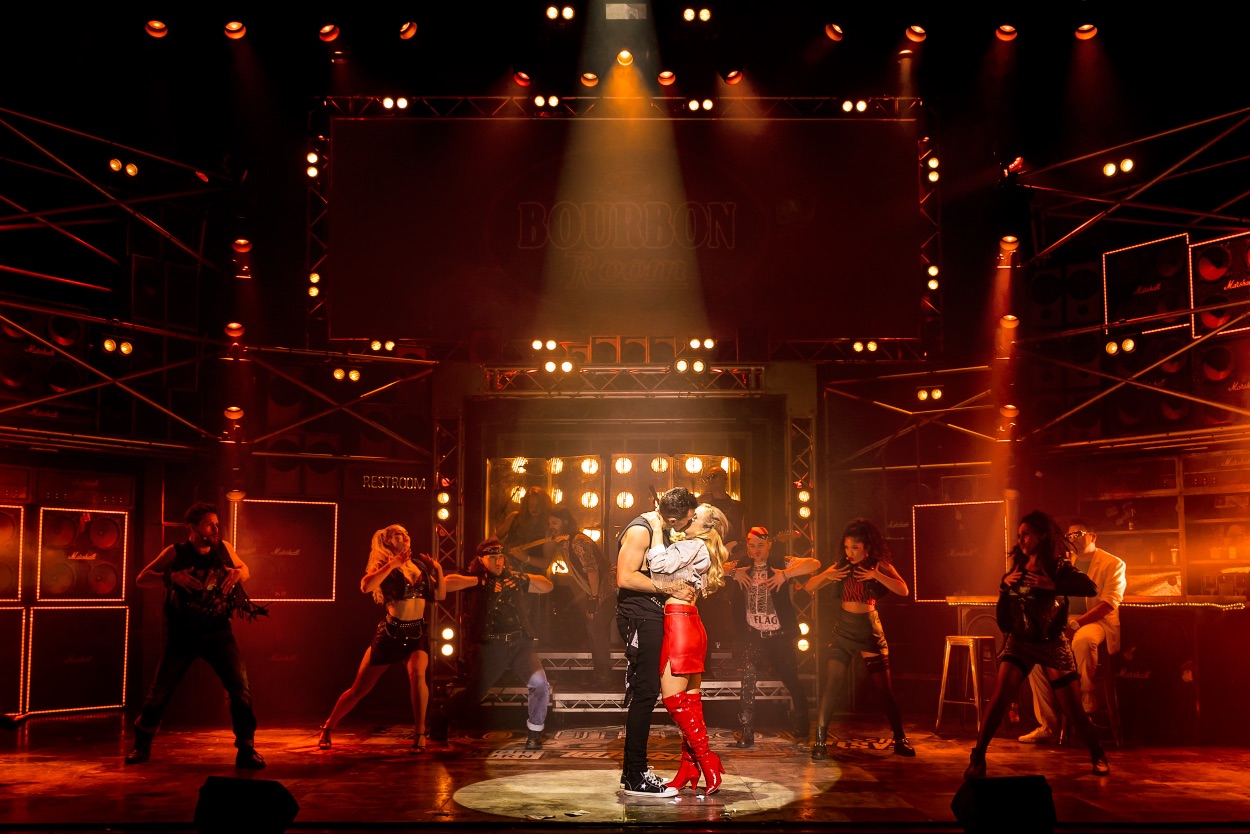 The staging, sets, vocals and music for Rock of Ages was unashamedly spectacular, and had everyone up on their feet by the end.

Our review of Rock of Ages at the Regent Theatre is awarded 4 stars out of 5. ★★★★

Click here to buy tickets to see Rock of Ages in Stoke before it ends on Saturday 6 November.