Zac Efron is up for High School Musical Reunion!

Zac Efron has revealed that he would not say no to a High School Musical reunion!

The actor told E! Online that he would “100%” do a fourth film for the franchise. Even though he actor has taken on some more serious roles since the films, he says “We’re all thinking about it, I continue to see all the guys from High School.”
“Every time we do… there’s just this look between us. It’s so cool because we never forget a single moment of that experience.” 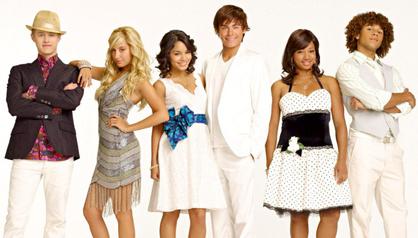 High School Musical started off as a TV movie on Disney Channel in 2006, followed by the sequel in 2007 and the last film was released in cinemas on in 2008. The films soundtrack was the best selling album in the US in 2006 and in 2012 it was reported that 225 million people had seen the films.

Disney is currently working on a fourth movie, but without the original stars such as Zac Efron, Ashley Tisdale and Vanessa Hudgens.

Zac’s latest film That Awkward Moment is out now.