Tickets for the former Coronation street set have gone on sale!

The soaps former base in Quay Street in Manchester will be open to public in April. Visitors will be able to walk down the famous cobbles and have their picture taken in front of the iconic Rovers Return. There will also be the opportunity to explore some of the shows inside sets. 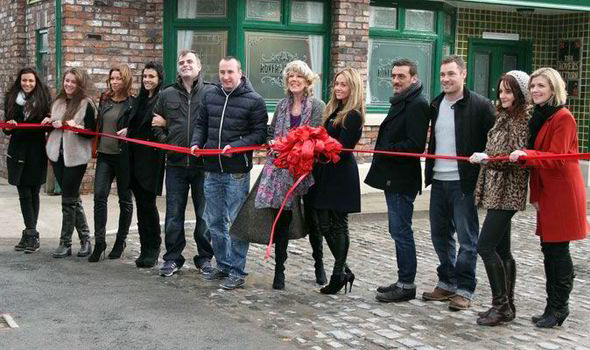 Tickets went on sale on the 12th of March via Ticketmaster and will only be available for a limited time.  Coronation Street‘s executive producer Kieran Roberts said: “After 53 years at the Quay Street studios, Coronation Street has now moved to our new home in MediaCity, but I’m thrilled that our old set is opening as a visitor attraction this year.

“We’re very excited to be able to share with the public so many unforgettable stories and magical memories from over five decades of Coronation Street production.”

The Coronation Street cast and crew filmed their last scene at Quay Street in December and moved to MediaCity in January after the shows Christmas break.

This weeks episodes are the first to be fully filmed on the new set.