If things couldn't get hot enough, this happened.

Last night it was MTV’s Movie Awards over in America.

The award for “Best Shirtless Performance” went to Zac Efron. He said, “Thank you so much guys, this is an awesome award,”

“I don’t really know what to say but thank you. Thank you so much to my fans!” 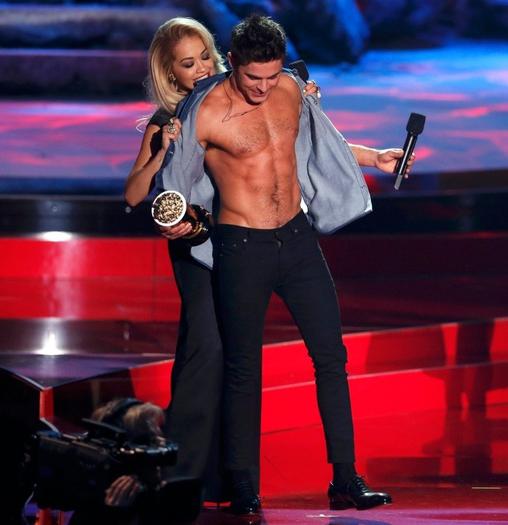 While Zac was trying to think of words to say… Rita snuck behind him and ripped his shirt open revealing his (orange) buff torso. In fashion (and because he can) Zac then took his top off entirely showing off his muscles.

Watch the video below: