Rochelle Humes as new coach for The Voice UK 2015?

It’s been reported that Rochelle Humes could be set to replace Kylie Minogue on 2015’s series of The Voice UK. 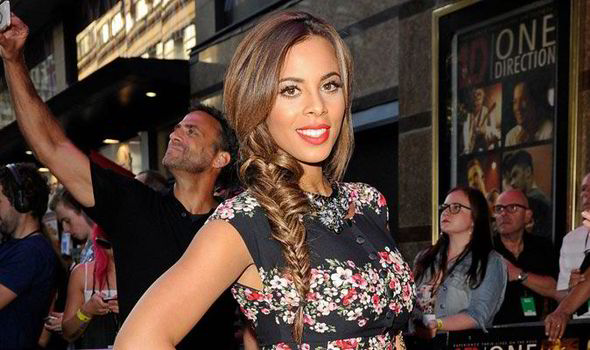 The Voice UK presenter Marvin Humes reckons that his wife could be the perfect coach for the BBC talent show, he admitted:

“It would be great if she was asked to be a coach on The Voice, although she is very busy with the girls [The Saturdays]. But we did This Morning together so it is always good to work with her. It is going to be hard to replace Kylie, she is such a legend.”

“We are back on This Morning at the end of the month and we have had a great experience doing that. We have only done three so far so it is not like we are working together all the time.”

Marvin also commented: “Rochelle thinks she is the boss but she is not at all. She knows who is in charge!”

Kylie Minogue confirmed earlier this year that she would not be returning to the show because her “Kiss Me Once” tour would clash with filming.

Other rumoured coaches for the next series include Fergie, Emeli Sande, Chris Martin and even Jessie J.