Sam Kelly passed away yesterday at the age of 70.

The star of stage and screen was most well known for his roles in Allo Allo and Porridge and a small role in BBC sitcom Outnumbered. It is believed that he died of a long illness. 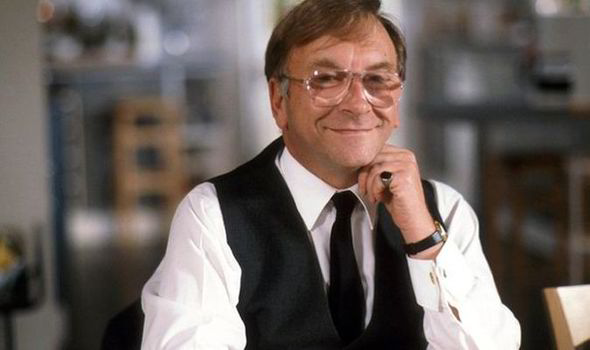 Kelly was born in September 1943 in Manchester and graduated from LAMDA in 1967. He played Bunny Warren in Porridge and Captain Hans in Allo Allo.

Appearing in On The Up, Sam played millionaire Tony Carpenter’s chauffeur. In 1995-2003, Sam also starred in Barbara as husband Ted to the title character.

Kelly also was a big hit in the West End; he starred in Wicked for two separate runs in 2009 and 2013. However he had to depart from the stage show in January 2014 due to ill health.

Many fellow stars of stage and screen have took to twitter to send their condolences:

With great sadness we learned today of the passing of Sam Kelly. We all feel privileged to have known & worked with such a gentleman.

Cannot believe that lovely Sam Kelly has died. We were at drama school together – lovely, funny , talented chap. So sad.

Our thoughts are with Sam Kelly’s friends and family.