Jessie J to collaborate with Nicki Minaj and Ariana Grande on new track!

Jessie J has confirmed that she will be collaborating with not one, but two superstars on her next single.

The singer, who is responsible for creating hits such as ‘Price Tag’ and ‘Domino’ posted a tweet yesterday containing a teaser image about her next track: 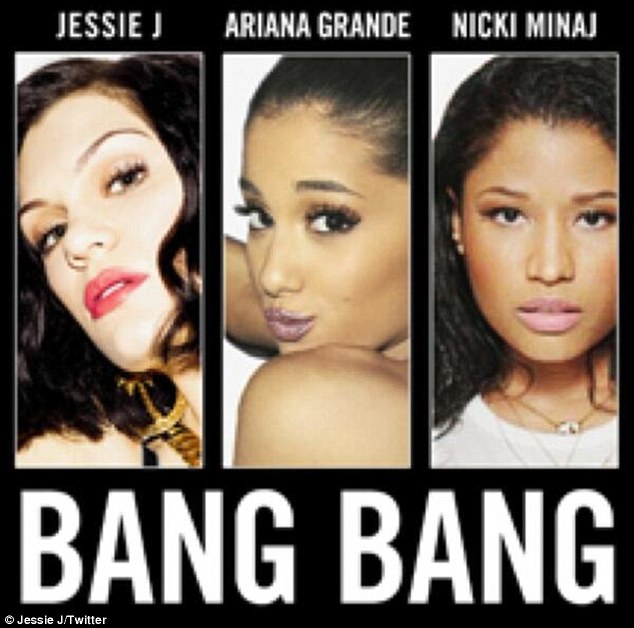 It will be called ‘Bang Bang’ and is due to premiere on July 29.

Jessie J’s previous single ‘Thunder’ peaked at number 18 in the charts in November and she hopes that this upcoming new track will be even more successful.

Grande will be releasing her next album in August. My Everything will include hit singles ‘Problem’ and ‘Break Free’.