The Department release debut single ‘As If Transformed’!

The Department is a powerful new synthwave band, established in 2013 with one foot in London and the other in Sweden. 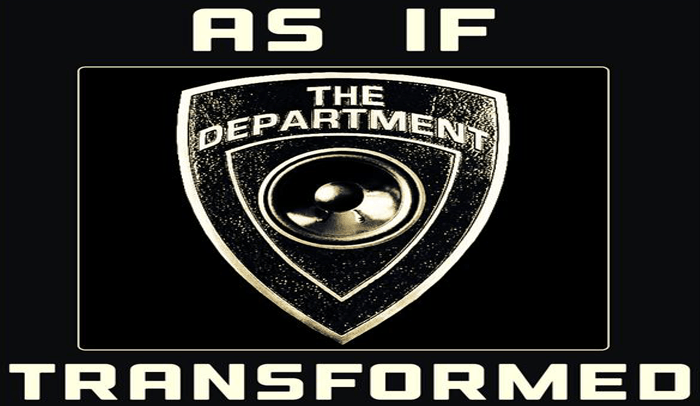 Inspired by 80’s electro and new wave, their ethos is about creating dramatic, instant, energetic electronic music with moving lyrics that explore life, love and existence.

The video features a feast of sexy people and outlandish costumes, the video is a parody of glitzy cosmetics commercials and uses the device of segmented characters, who are picked and mixed to humorous effect.  It was produced by OneRedEye agency, shot at OneRedEye studios in London, directed by Ed Robinson and stars the beautiful Lebanese model Karen El-khazen with appearances by Zeke Manyika – the drummer from ‘The The’, and Barbara Alcindor – singer from the European pop group ‘French Affair’.

Rob cites his main influences as being bands like The Cure, The Smiths, Soft Cell, Depeche Mode, The The and New Order. ‘Our supporters have compared us to many bands of the 80’s,’ says Rob, ‘but if I was asked to describe us, I would say: ‘imagine if The Smiths and The Cure were fused into a 2-piece electronic band – The Department is a little bit like that!”

Watch the music video below: