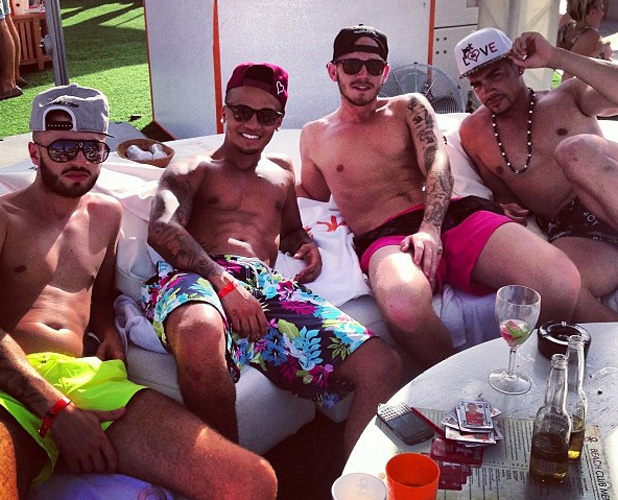 Former JLS star Aston Merrygold is the latest rumoured celebrity for this years I’m A Celebrity… Get Me Out Of Here!

Earlier this year JLS announced their split and members Marvin, Oritsé and JB have all gone into different areas of the entertainment industry (and farming) but Aston has finally revealed what he’s been planning for months.

Aston has recently signed a recording deal, but could he also be entering the jungle? Aston confirmed he’s releasing his debut solo album next year:

“I’ve been hidden away in a cave for the last 12 months now.” he said when speaking to The Mirror.

Now the former JLS star has been linked with I’m a Celebrity as a ‘promoting ground’ for his up-coming album.

A source said, I’m a Celebrity bosses are looking for “a boyband member” with ‘looks’ for some ‘eye-candy’ in the jungle. Although, other rumours have hinted at The Wanted members as well. Enough said. Get Mr Merrygold in the jungle now.