Ed Sheeran ‘devastated’ following a superfan’s passing after he married her!

Ed Sheeran has took to Twitter to say that he is ‘devastated’ following the passing of one of his superfans. 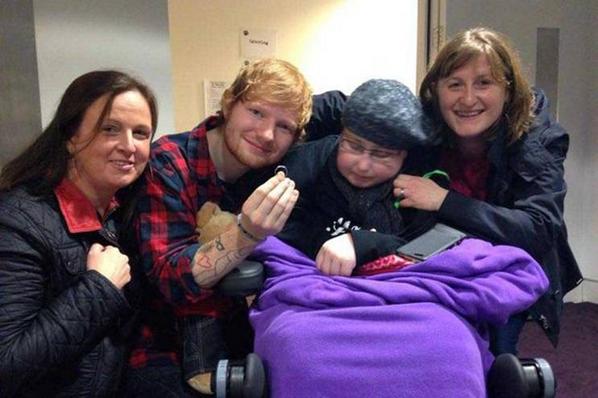 The ‘Thinking Out Loud’ singer met Katie Papworth, 19 last week at his concert in Glasgow. Papworth was suffering from an aggressive form of brain cancer.

Sheeran was proposed to by Katie and was presented with a ring and a painting of a Lego House which she had made for him.

He also recorded this video for his ‘wife’:

Ed Sheeran will appear at The Royal Variety Performance next month.