Children in Need 2014 has raised a record-breaking £32 million for charity! 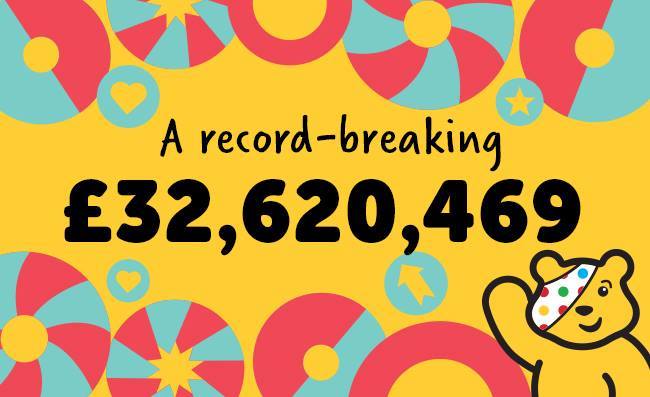 There were many celebrities last night doing their bit for the charity show to help raise donations.

Eastenders did a special GREASE number, One Direction also performed twice in the Eastenders square.

A special teaser of the up-coming Doctor Who Christmas episode was shown and a specially made ‘Tom and Jerry’ sketch was broadcasted too.

Not to mention, the biggest event ever. S Club 7 also reformed for a special performance on the Children In Need’s stage, it was the first time they performed with each other since 2003.