I’m A Celebrity 2014: Tinchy Stryder is set to face the ‘Chamber of Horrors’!

Rapper, Tinchy Stryder has been nominated by the public to be the third celebrity to take on one of the I’m A Celebrity’s notorious bushtucker trials. 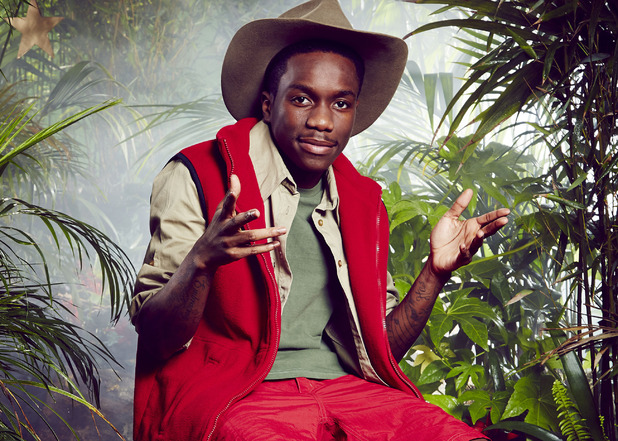 I’m A Celebrity is back with a bang, after Jimmy Bullard competing in the ‘Tunnel of Terror’ it is very evident that the show is back up to its old tricks. The ‘Chamber of Horrors’, which Tinchy is set to face is quite literally what it sounds like.

Tinchy will have to delve into the darkness and the unknown in an attempt to collect stars. There will be seven separate doors, where there will be different games behind each one of them. Tinchy will have to follow the doors one round to seven, doing them in order, with 10 minutes to find as many stars as possible. And, as it is traditional I’m A Celebrity, he won’t be alone in there. With a different critters behind every door. Fantastic.

The Croc Creek campmates will be hoping that Tinchy can collect as many stars as possible after the former footballer Jimmy Bullard opted to save Allo ‘Allo star Vicki Michelle from the Celebrity Slammer rather than use his stars to feed the camp.

When the viewers were shown a sneak preview as to what Tinchy would be facing, Ant and Dec, the hosts of the show described the trial as ‘“the jungle’s latest attraction, a terrifying series of rooms guaranteed to ruin your day. The doors to despair are waiting, but who dares to enter the Chamber of Horrors?” Well, Tinchy does.

Watch him take on the ‘Chamber of Horrors’ on ITV, Wednesday (19th November) at 9pm.