Tension is running high in the I'm A Celebrity camp as Jake Quickenden and Melanie Sykes clash!

The tension between the pair began when Mel refused to humor Jake’s flirty advances. 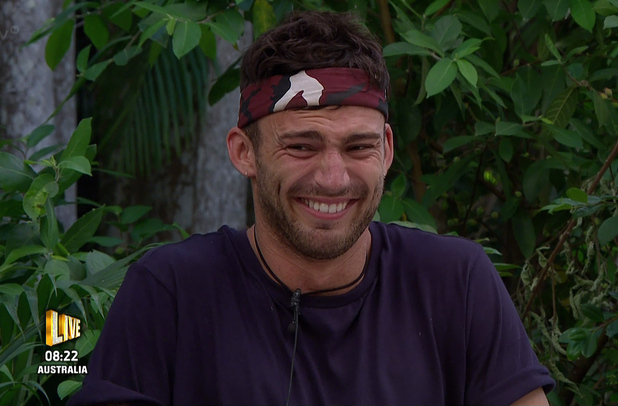 Jake, who took offence to this, has been trying to wind up Mel by hiding her underwear and other items of clothing around the jungle. Leading to Mel, unsurprisingly, being very unimpressed.

“It’s clear Jake is not at all happy at Mel’s attitude towards him,” a source on the show said today. “The others have noticed he’s been flashing her angry looks.”

The insider told the Daily Star newspaper: “That’s already led to gossip, when Jake’s out of earshot, that he has hidden Mel’s underwear to annoy her.

“It seems Mel is also coming to that conclusion. It is only going to cause even more friction between her and Jake.”

Mel is currently the bookies joint favourtite to win this series alongside Jimmy Bullard. But since entering the jungle, Jake has been threatening that top position as he is now currently third favourite to become king of the jungle.

I’m A Celebrity is not on tonight because of the football but it will continue on Wednesday with a 90 minute show from 9pm on ITV. Stay with us for all the latest I’m A Celebrity gossip.