The Apprentice 2014: Shock as James Hill FIRED from the show!

Lord Sugar sends out vital warning to the rest of the contestants as he fired chirpy chappy James Hill after his failure as the Project Manager. 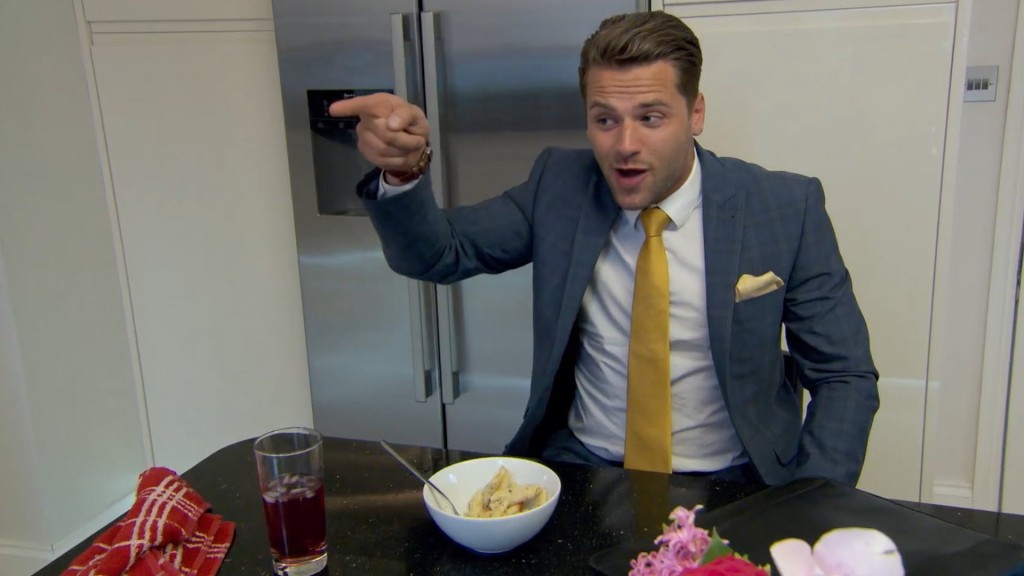 The task sent the two teams, Summit and Tenacity to the Royal Bath and West rural show in Somerset. They had to pick items to sell, to which was James’ biggest let down. He opted to go with the fold up welly boots and the garden swinging chair, rather than listening to his teams advice, who recommended they go for more family orientated products, such as the dog locator collar and the child cycling attachment. This made it clear from the start that James was going to make his own decisions and disregard his co-workers thoughts.

In the board room, Sanjay spoke out about James leader ship stating ‘(James) Is an idiot, he mucked it up for us’. This shown in his failure to obtain the deal with the Hot tub/Jacuzzi company after calling the owner Derek, when his name is Antony. Roisin had lots to say about James, unhappy with the way he handled the project, all of this convincing Lord Sugar that he was ‘immature’ and that James should be the one to go.

Although, it was Mark’s incredible salesmen skills that kept team Tenacity afloat, after hot-headed Daniel got into a heated debate with Project Manage Felipe whilst trying to sell their stock. The team would have fallen apart if Mark hadn’t sold an impressive 7 hot tubs to one man, allowing them to take £30,615 compared to Summit’s miserable £4757.

The public were shocked, and even the Lord himself looked pretty shaken up after firing James, after the Essex lad’s emotional and heart felt speech, Lord Sugar even whispered a ‘Good Luck’ to James as he left the boardroom.

Watch the next chapter of the serious unfold  on BBC1 at 9pm next Wednesday (3rd December).